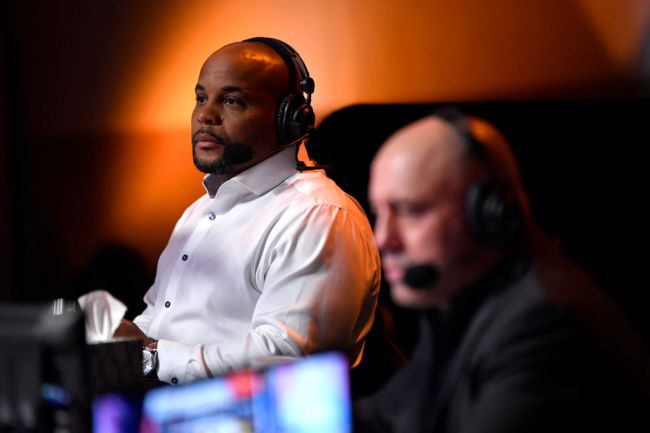 Cruz, who is taking time off from his role as an MMA analyst at ESPN to fight at this weekend’s UFC 269 fight card, publicly put Cormier on blast for “not doing his homework” and not watching film before fights while speaking to the media.

“When it comes to ‘DC,’ I usually mute it. I love DC, he’s my friend, but to me, from my experience, he doesn’t do the homework. He wants to get in and out, get the job done, make his money, and I think he cares about us, but it’s just different.

“He doesn’t do the preparation from my experience. He might now, I’m hoping he watches some film this time on me so he knows what I’m doing and why I’m doing it, but I’m not gonna hold my breath on that, that’s for sure.”

Cormier would later interview Cruz and confront him for airing out his grievances in public.

Cruz said he was trying to hold his friend accountable, but Cormier still wasn’t happy about being called out.