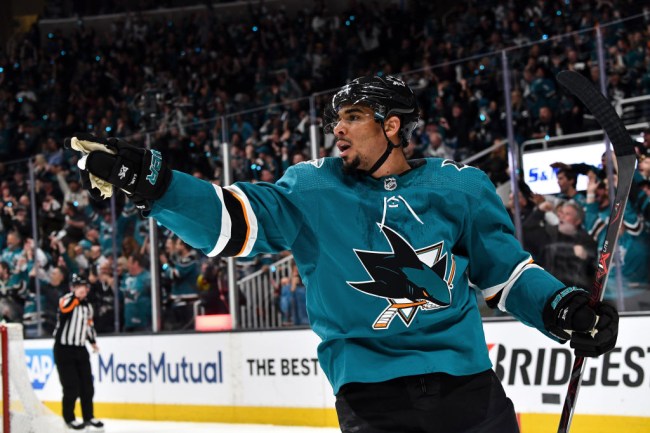 It’s no secret that hockey is one of the least racially diverse sports out there and I’m far from the only person who thinks racism in the NHL hasn’t been talked about nearly enough over the years. However, that’s slowly begun to change thanks in part to an incident involving Akim Aliu and former Calgary Flames head coach Bill Peters that came to light earlier this season.

Last year, Aliu revealed Peters had used racial slurs towards him while he was a member of the AHL’s Rockford IceHogs during the 2009-2010 season, a claim that two of his teammates corroborated and resulted in Peters resigning shortly after.

Now, several current and former NHL players of color are doing what they can to address the problem further by announcing they have created a Hockey Diversity Alliance with the goal of purging racism and intolerance from the game.

We are proud to announce the formation of the Hockey Diversity Alliance 🏒 ✊🏾 pic.twitter.com/Z5g6BP2b4f

I think it’s fantastic to see these players taking concrete action to eliminate racism from hockey and to grow the diversity of the game, as it would be awesome to see people from a wider array of cultural backgrounds be better represented in the sport’s professional ranks.

Promoting diversity in hockey could also be extremely beneficial for the overall talent level of the sport and its health in the long term; just imagine how many potential athletes haven’t been given the chance to get involved in hockey (or simply didn’t know enough about it). By encouraging inclusion at all levels, there’s no telling how large the future talent pool becomes.

Most importantly, no one in the hockey community should feel bad about themselves because of their race or any other uncontrollable factors that may set them apart from others (which sadly hasn’t been the case historically). Hats off to all of these guys for creating a better future for the game of hockey. It might not change overnight but you’ve got to start somewhere.