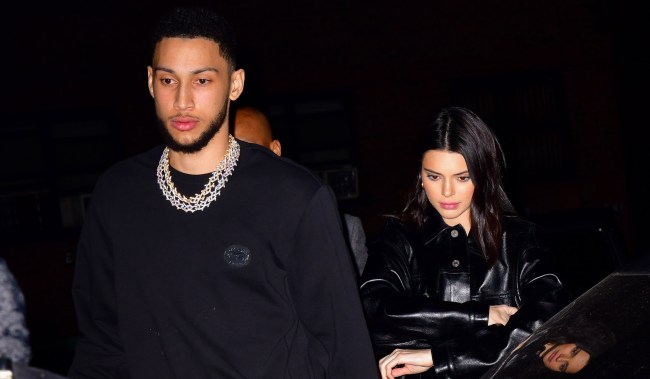 Because sports fans are always very rational when their teams are eliminated from the playoffs, or… anytime, Philadelphia fans are not only blaming Drake (who somehow reversed his curse), but also Ben Simmons’ ex-girlfriend Kendall Jenner for the Sixers losing Game 7 and the Eastern Conference semifinal series versus the Raptors.

In fact, it’s not even the first time Sixers fans have reacted like this in the past six months as Sixers fans petitioned team to ban Kendall Jenner from the team’s home games back in November.

It would appear that many in Philadelphia don’t care that Simmons and Jenner are no longer a thing, as Jenner has been spotted at various times over the past few months hanging out with Blake Griffin and another one of her ex-boyfriends Jordan Clarkson. They’re still going to lay the blame for their team’s losing to Toronto directly at her feet.

@BenSimmons25 work on your jumper and get as far away from Kendall Jenner as possible!!!!!

My list of things for Ben Simmons to do:
1. Break up with Kendall Jenner
2. Swear to never date one of them again
3. Train with T-Mac

This is all Kendall Jenner’s fault #sixers

As a sour sixer fan I blame Kendall Jenner

The Kardashian curse > The Drake curse