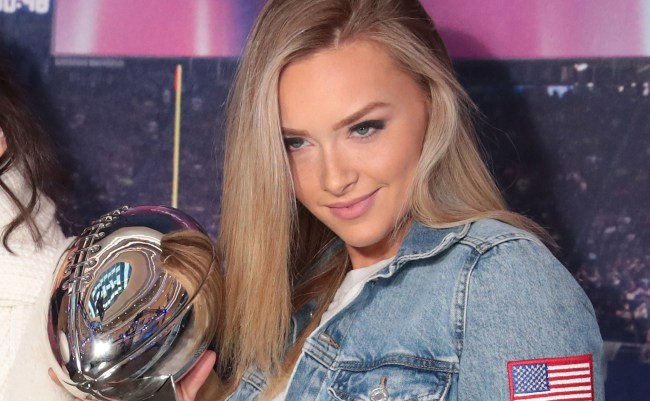 We kind of had an inkling that the retirement talk surrounding Rob Gronkowski might be real this time when we learned that he was selling his Boston penthouse this offseason.

That and the fact that the Summer of Gronk started even earlier this year as he and his girlfriend Camille Kostek looked to be having a ball in Cabo with Eric and Jesse James Decker a few weeks back.

So, after nine years of taking a beating in the NFL, Gronk officially called it quits on Sunday, retiring with a very appropriate average of 0.69 TDs scored per game in his career.

Rob Gronkowski retires as the all-time leader among TEs in…

Speaking of Gronk and his girlfriend Camille Kostek, is it any coincidence that the season following he and Kostek made things official publicly that he decides it’s time to hang up his cleats?

Not if you ask the same kinds of sports fans who blamed Jessica Simpson for Tony Romo’s playoff woes. Or blamed Olivia Munn for Aaron Rodgers’ failures. Or blamed Adriana Lima for Matt Harvey’s struggles. Or blamed Kendall Jenner for Ben Simmons’ losing. Or blamed Khloe Kardashian for Tristan Thompson not playing well.

Now if she were a real veteran of NFL WAGdom, she would have known full well that some idiots fans would be dropping negative comments on anything she posted to social media in the aftermath of Gronk’s announcement. (Though sometimes even vets still don’t get it.)

“YOU MADE HIM RETIRE YOU DUMMY.”

It was a lot of the same on Twitter, a bunch of nice comments intermingled with some bitter Pats fans.