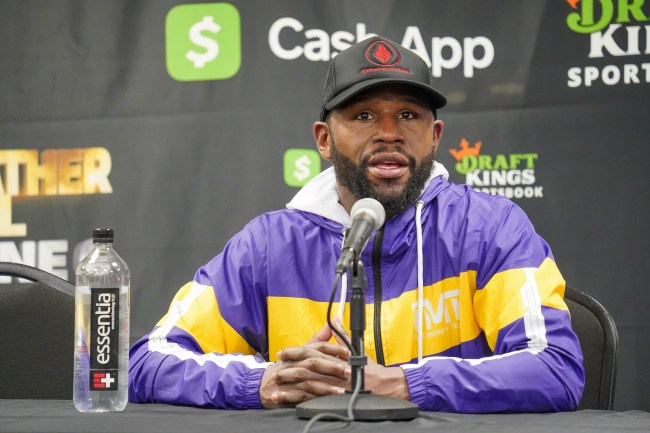 Floyd Mayweather had a lot to say about Canelo Alvarez yesterday.It started out with Floyd talking about Canelo’s choice for his next opponent, but led to Mayweather taking a big swing at his former opponent.

Floyd Mayweather would rather see @Canelo fight Benavidez instead of cruiserweight champ Makabu — do you agree? 🤔 pic.twitter.com/oinqe3XlRG

First, Floyd claimed that Alvarez is ducking David Benavidez, adding fuel to that theory. Floyd took issue with Canelo’s choice for his next opponent, claiming that Alvarez is moving up to cruiserweight to fight a guy who boxers at Floyd’s gym used to get the best of. He doesn’t believe the fight proves anything because Benavidez would win that fight too.

Then Floyd decided to really take a shot at Canelo.

The obvious headline here is Floyd throwing around steroid accusations. It’s a bold assertion from Floyd, whose whole claim is based on not knowing that Canelo wasn’t cheating. Floyd has also run afoul of anti-doping rules in the past, which makes this callout an interesting choice for him.

He also called Canelo “a cakewalk” in the interview, referring to his win over Alvarez. That fight came more than 8 years ago against a 23 year old Alvarez, but it’s clear that Mayweather still has plenty to say about his former opponent.

We should expect to hear plenty more from Floyd Mayweather until the day Canelo actually does fight Benavidez.