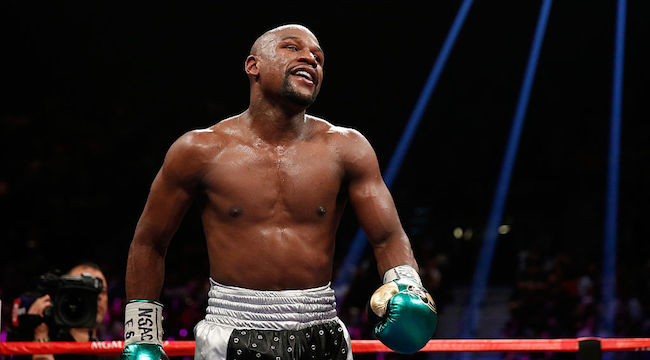 Asking Floyd Mayweather for a nuanced answer on sexual harassment is like asking PETA how to cook a steak. Floyd Mayweather can only speak on Floyd Mayweather. He’s like one of those Chatty Cathy dolls who has only five sayings when you pull his string back: and all five of them are about how much money he makes.

So, when Men’s Health reporter Jordyn Taylor sat down with the 40-year-old retired boxer and asked him about the ‘Me Too’ Movement–a viral campaign to denounce sexual assault and harassment–she might as well have been talking to him in Chinese…

The #MeToo movement. Women speaking out about sexual assault.

This is a very different —

Of course. I mean, you live and you learn. I think everyone, if you’re in an uncomfortable position, you have to pray about it, you know, talk about it, and I think that, you know, sexual harassment, I don’t think it’s cool at all.

What is the most cringeworthy situation you can possibly think of? For me, it’s being a fly on the wall for a first date between Floyd Mayweather and Lena Dunham. I wouldn’t wish that awkwardness on my worst enemy.