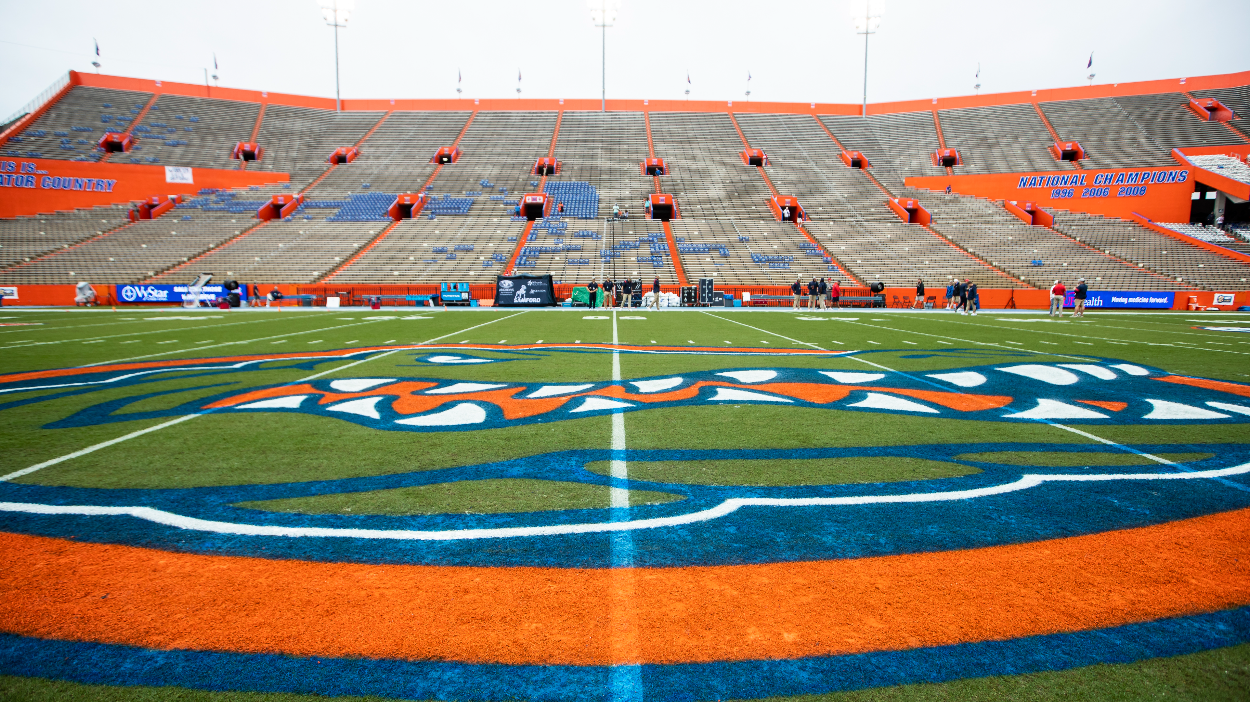 The Florida Gators must just have a thing for weird quarterback recruiting sagas in the 2023 class.

By now, most college football fans have heard the story of Jaden Rashada.

Rashada is a five-star QB in the 2023 class ranked No. 29 in the nation according to 247Sports. The California product initially committed to Miami before flipping to rival Florida after reportedly being offered jaw-dropping NIL deal worth up to $13 million.

Rashada then signed with Florida, but when the NIL deal fell apart, so did his recruitment. Ultimately, he asked for and was granted a release from his national letter of intent. Arizona State, TCU and Colorado now appear to be the leaders in Rashada’s recruitment.

But what many fans don’t know is that Rashada wasn’t the first quarterback in Florida’s 2023 class. That honor belongs to Nease (FL) High School four-star Marcus Stokes.

Stokes, like Rashada, has had a whirlwind recruitment. Stokes made an initial commitment to Penn State in April, one day after taking an official visit. Three months later, he flipped that commitment to the Gators.

Many believed he’d look elsewhere again after Rashada committed. But that wasn’t the case.

Instead, he kept his commitment to Florida and coach Billy Napier. But just over one month later, the Gators pulled Stokes’ offer when he posted a video of himself using a racial slur while singing along to a song. Though some wondered about the motivation after Stokes threw for just 14 touchdowns and 11 interceptions as a senior.

Moron, why are you acting like black people pulled his scholarship? Florida flipped a top recruit from Miami and they didn’t need him. The team was looking for an excuse to get rid of him and they found it.

But his recruitment took yet another unforeseen twist on Tuesday.

Stokes immediately apologized in the aftermath of the social media post.

“I deeply apologize for the words in the song that I chose to say,” he said in part. “…I fully accept the consequences for my actions and I respect the University of Florida’s decision to withdraw my scholarship offer to play football.”

But his recruitment has stagnated since he lost the Florida offer. Though on Tuesday, a new offer came in. And it’s one that nobody expected.

Stokes received an offer from Albany State University in Georgia. The Golden Rams are an HBCU (historically black colleges and universities) and competed in the NCAA Division II SIAC (Southern Intercollegiate Athletic Conference). According to Data USA, 77 percent of the school’s students identify as black or African American.

Needless to say, fans were a bit surprised by the offer.

Well this is… surprising 😳 https://t.co/DaV732ufBA

As always, there is nothing that even comes to comparing to the weirdness that is college football.