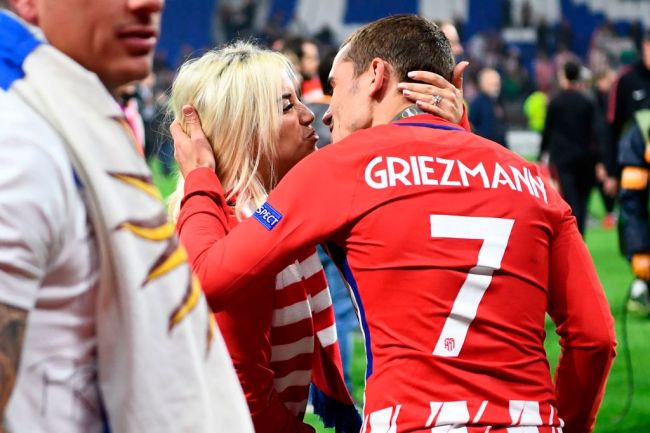 France international soccer’s quest to win a second consecutive major tournament is over. The reigning World Cup champions were defeated by Switzerland in penalty kicks on Monday to be eliminated from the EUROs.

FRANCE IS OUT AT #EURO2020 AS SWITZERLAND ADVANCES ON PKS! pic.twitter.com/y8rB0qiGxP

Not long before the team’s match against the Swiss side, a report surfaced regarding an interesting tactic for success— a sex ban.

According to 30-year-old Antoine Griezmann, the country’s manager Didier Deschamps banned any form of intimacy during the tournament. Not even a kiss with significant others. Not even a hug with a sibling.

“We cannot touch anyone, not even family members,” said Griezmann to Le Parisien.

While the lack of physical intimacy was frustrating, the members of the team understood that it is what their gaffer wished.

“It cannot be done otherwise,” Griezmann said. “It’s tough for everyone, players and staff, but it must be accepted.”

It is unclear as to why the ban was in place but there are two logical conclusions.

The first, and most likely, is due to COVID-19. Even as the world begins to open up and athletes get vaccinated, there are still a large number who have decided not to get the shot.

Their personal decision is exactly that, but it leaves them at a greater risk for testing positive and missing matches or causing a cluster to form amongst close contacts. Even with the vaccine, it is easier to remain bubbled than take any unnecessary risk.

The second scenario has been folklore in sports, particularly in boxing, for centuries. The belief is that sex before a sporting match weakens physical energy, drains internal energy and decreases aggression from testosterone. Perhaps this Euros loss was evidence for that not being true.

The intentional dry spell is over.

Whatever the reason may be, French soccer players did not engage in sexual activity from June 11 to June 28. They were the favorites in the tournament and could not pull the result they wanted. There were many problems to address in the coming days, weeks, months— but the biggest might be the lack of intimacy.

Even though the policy was understood and accepted throughout the locker room, it is undeniably aggravating. An unnamed staff member spoke to Le Parisien about that sexual frustration.

“Most of the players are in their twenties, and all they have left is to, you know…,” the staffer said. “Abstinence does not create tension, but it is a discussed topic. Also because it becomes complicated not even being able to give a kiss or a caress to the loved one.”

Switzerland will play Spain for a birth to the semifinals in Russia on Friday. Their team does not have a sex ban. Coincidence? You tell us.