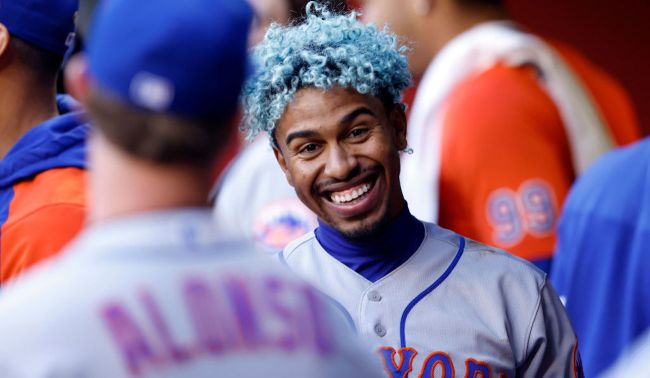 Anytime the New York Mets are being aired on a channel other than SNY, I get quite bummed considering that means that game won’t be called by Gary Cohen, Ron Darling, and Keith Hernadez — widely considered to be the best broadcasting booth in Major League Baseball.

The Mets’ Sunday Night Baseball game against the Philadelphia Phillies was the latest example of that unfortunate instance, as the Mets took on the Phillies on ESPN.

And while the broadcast may have been lacking the stylings of Gary, Keith, and Ron, one thing that the ESPN broadcast does do quite well are the in-game conversations they have with mic’d up players, with shortstop Francisco Lindor rocking the communication device on Sunday night.

However strange Scherzer’s gameday persona may be, it’s certainly worked for the future Hall of Famer as he’s widely considered to be one of the greatest pitchers of all time. Th 37-year-old three-time Cy Young winner led the NL East-leading Mets to another victory on Sunday night as well, as they beat the Phillies by a score of 10-6 to improve to 16-7 on the year so far.

Lindor, Scherzer, and the New York Mets will look to continue their hot start to the 2022 season when they take on the defending champion Atlanta Braves at Citi Field on Monday night.