The Browns Reportedly Will Not Fire Freddie Kitchens And, Oh Boy, Twitter Unleashed All Sorts Of Reactions To The News 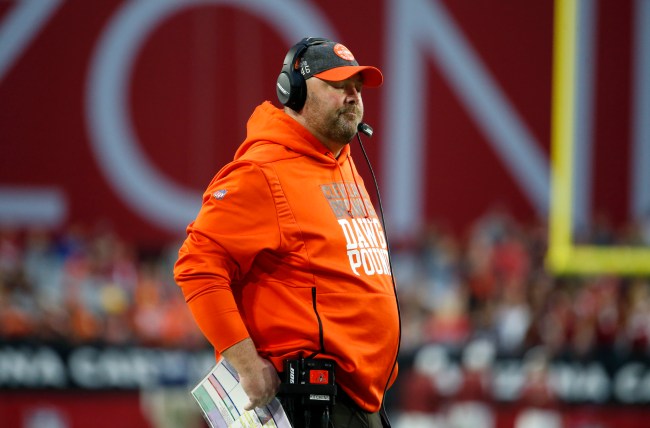 Freddie Kitchens and his Cleveland Browns are absolutely pathetic. As a diehard and lifelong fan of the franchise, some may say that’s an overreaction by me, but, given the fact the team was a trendy pick to compete for a Super Bowl this year — which is hilarious to think about now — how else can you describe them now that their record is 6-8? Losses to the Denver Broncos (and their backup quarterback), the Pittsburgh Steelers (and their third-string quarterback) and the Arizona Cardinals (and their rookie quarterback and last-ranked defense), have all but buried any chances of the Browns reaching the postseason, and there’s one guy to blame for it: Kitchens.

I’m not saying players have turned on Freddie, but I’m saying they don’t exactly look like they’re playing for him to keep his job. What a mess.

While fans like myself and, well, anybody who knows a thing about football, continue to point the finger at Freddie Kitchens for being the weakest link, the Browns’ front office is turning a blind eye to the mess. That’s because, according to NFL Network’s Ian Rapoport, the organization does not plan to fire Kitchens after this season, his first as a head coach. Here’s what the reporter tweeted out the other day about what he’s hearing.

It’s the time of year when speculation reigns. But for the #Browns, they support first-year head coach Freddie Kitchens and want him to remain in that position long-term. My story: https://t.co/A7NlQqhc8o

And here are the contents of that story, which is sure to make some Browns fans cringe, per NFL.com.

Sources say Browns management continues to stand with Kitchens and wants him to continue to have the success necessary to remain in that position for a long time. As the end of the regular season looms, the speculation about job security is at its peak.

But as of right now, barring a horrific collapse or circumstance to end the season, it appears the Browns will be moving forward with Kitchens.

The organization will evaluate everything, but that is the direction it’s heading.

Of course, Rapoport’s report came before the Browns lost to the Cardinals, with many of the players appearing lifeless and all but throwing Freddie Kitchens under the bus — and included a sideline altercation between wideout Jarvis Landry and the head coach. So does losing a must-win game against a crappy team warrant reconsideration for the team to fire Kitchens? According to people on Twitter, absolutely. Take a look at how some people were reacting following Rapoport’s story.

"We know exactly what they're going to do." — Cardinals DC Vance Joseph regarding #Browns offense.

If that's not an indictment of Kitchens' play-calling, I don't know what is.

How do you reward a head coach with job security for turning @obj, one of the NFL’s best talents, into an ordinary WR? For refusing to give up play-calling when it isn’t working? For having a team consistently unprepared and undisciplined? For making an ass of himself in public?

Might be the worst coach in the NFL…amazingly dysfunctional franchise.

And the rest of the AFC North laughs.

Freddie Kitchens was in over his head from the jump, but then the team added high-profile players like Odell Beckham Jr. to really go seize a Super Bowl opportunity — which has all but blown up in their face, and has caused plenty of extracurricular drama to an already sinking season. And, while the Browns need consistency on the sideline and need to show a sense of stability at the position, if the team gets embarrassed by the red hot Baltimore Ravens in Week 16 and play uninspired against a bad Cincinnati Bengals team in Week 17, Kitchens should probably start packing up his office.