Odell Beckham Jr. Will Reportedly Not Ask The Browns To Trade Him Despite Rumors Concerning His Frustration With The Team 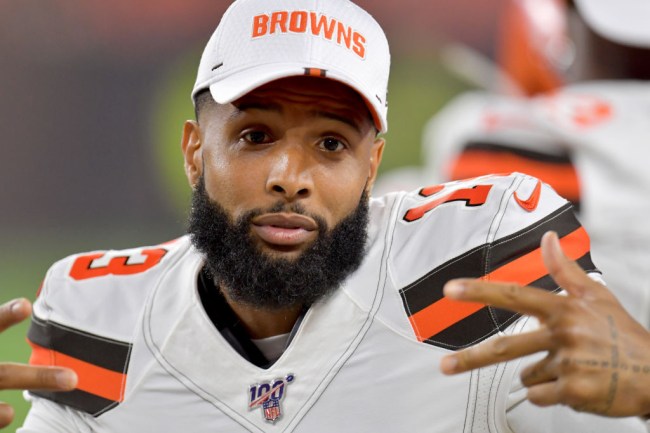 The Cleveland Browns technically still had the chance to make the playoffs heading into Sunday but saw their hopes and dreams dashed yet again after losing to the Cardinals on their way to effectively bringing another disappointing season to an end.

While they may not be as hapless as they were during the Hue Jackson era, the team still has a number of flaws that plenty of people thought they were going to be able to fix heading into the season, as many observers believed this would be the year they’d finally turn things around.

One of the reasons people set their expectations so high was the addition of Odell Beckham Jr., a much-needed offensive weapon who was slated to complement a supposedly maturing Baker Mayfield.

Unfortunately, things didn’t exactly pan out as planned, as the wide receiver has averaged an underwhelming 65 yards per contest and somehow only managed to catch a couple of touchdowns over the course of 14 games (although it’s worth noting he’s reportedly dealing with a serious hernia).

A couple of weeks ago, rumors concerning Beckham Jr.’s frustration with his current situation began to swirl, and while he initially denied the claims, a video that appeared to show him telling Jimmy Garoppolo he’d be willing to play for the 49ers didn’t help to put the speculation to rest.

Since then, we’ve been treated to multiple reports concerning potential destinations for the former Giant, as people in his camp have allegedly said Dallas is in play while Skip Bayless said the Packers are in contention.

However, according to CBS Sports, it would appear Beckham Jr. isn’t planning to peace out at any point in the immediate future, as the outlet spoke to multiple sources who claim he won’t be requesting a trade when the offseason rolls around.

With that said, the report says the wide receiver and other members of the Browns are keeping close tabs on what changes the organization is planning to make in order to turn the franchise’s fortunes around (Freddie Kitchens’ job appears to be safe but there are murmurings he may have to give up his job as the offensive playcaller).