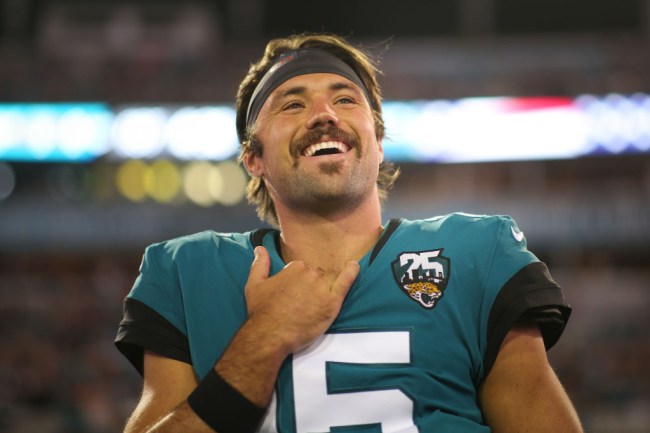 The Jacksonville Jaguars suffered a major setback in the first week of the season when Nick Foles was knocked out of the game thanks to a broken collarbone, and as a result, they were forced to turn to the unproven Gardner Minshew, who they picked up in the sixth round of this year’s draft.

However, it didn’t take long for the rookie quarterback to prove himself, as he completed 22 of his 25 passes and threw a couple of touchdowns in what was one of the more impressive NFL debuts in recent memory.

His Large Adult Dad must have been so proud.

Minshew has only been in the league for a few weeks but he’s already attained cult figure status thanks to his cheeky and fun shenanigans, like warming up in the locker room wearing nothing but a jockstrap and sunglasses (which landed him a very unique endorsement offer) and regaling the world with a story about the time he ripped shots of Jack Daniels and tried to break his hand with a hammer.

More than a few people have drawn a comparison between Minshew and Uncle Rico from Napolean Dynamite ever since the quarterback burst onto the scene, as they both rock a killer mustache and have an affinity for headbands.

As a result, the internet exploded on Thursday when the Jaguars posted a picture of Minshew and his fellow legend, who was apparently in town to shoot a commercial.

So they're not the same person…🤔 pic.twitter.com/VAzOVzFRbh

UPDATE: Uncle Rico has made it to TIAA Bank Field pic.twitter.com/DOblpC9U9R

I don’t know who the better quarterback is, but until I see Minshew throw a football a quarter of a mile, I’m going to give the edge to Uncle Rico.