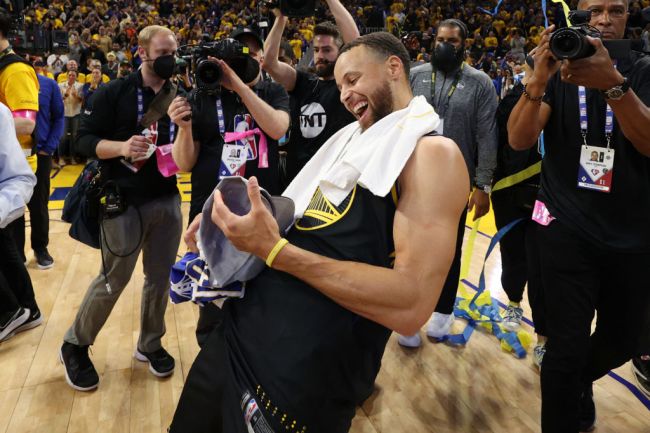 Last month, Drake placed a large bet on the Golden State Warriors to win the Western Conference. At the time, it seemed like a bit of a long shot as they were expected to have to win series against the Grizzlies and Suns who would both have home court advantage. His bet also meant they would have to deal with the Drake Curse.

Two of those potential obstacles helped Drake get a very enticing line of +400 on the Warriors at the time and neither of those obstacles ended up being much of an issue for the Warriors. They only needed 6 games to get past the Grizzlies in round 2 and the Suns were eliminated by the Mavericks in that same round. The Warriors then easily took down the Mavs in 5 games.

Thanks to the Warriors ability to overcome the curse, Drake pocketed $800k when Golden State finished off the series last night.

That bet paid out $1,000,000 tonight after the Warriors beat the Mavericks in Game 5💰 pic.twitter.com/LCkNlLcoOA

Interestingly, it may be a trend involving another rapper that has kept the Warriors safe from the Drake Curse. According to a post on Reddit, the last 3 times Kendrick Lamar has released an album the Warriors have gone on to win a championship that year.

The Warriors now find themselves just 4 wins away from winning another title in a year where Kendrick Lamar released an album. Maybe that will encourage Drake to place a bet on the Warriors to finish this run off after their Western Conference Finals win allowed him to collect a bunch of money.