Golfer With Death Wish Grabs Ball That Came To Rest On A Gator, In Florida, Of Course 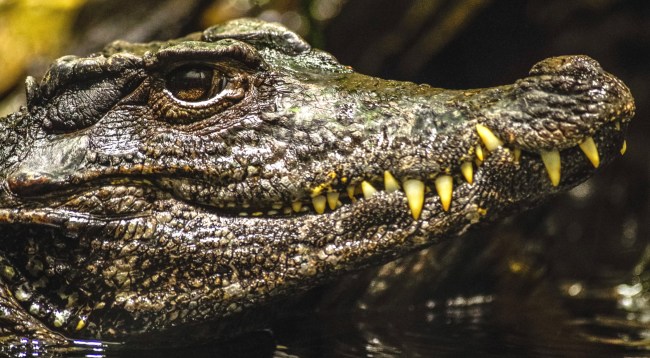 A golfer with an obvious death wish decided that rather than abandon his ball which came to rest on an alligator and take his penalty strokes, he’d just go ahead and hit it. It was already a given, even if it hadn’t been mentioned in the headline, that this monumental show of stupidity occured in Florida, right?

Now listen, I get it. If you are golf in Florida on a regular basis then chances are at some point you’ll run into a gator on the golf course.

However, and this is key, being desensitized to seeing an alligator (or two) on the golf course in NO WAY protects you from being attacked by one.

Not that this guy, who was golfing at the Coral Oaks Golf Course in Cape Coral on Sunday, Dec. 14 seems to know that.

NBC2 News reports that the guy in the video is the brother of a man named Kyle Downes – who, of course, was shooting the video, and also claimed he and his brother were in no way antagonizing the gator.

“He’s gonna whip you with that tail, dude,” Kyle tells his brother as he sneaks up behing the alligator.

The gator, who apparently is known as Charlie by golfers at the club, is believed to be around nine to ten feet long, and as the video below very clearly shows, Charlie is fast AF.

That guy got lucky. Going anywhere near a gator is not very smart. Just to get their golf ball back?! Yeah, I’ll pass.

It would have been something else if he were to hit the golf ball off of the gator's tail with a golf club.

Please don’t give them any ideas.