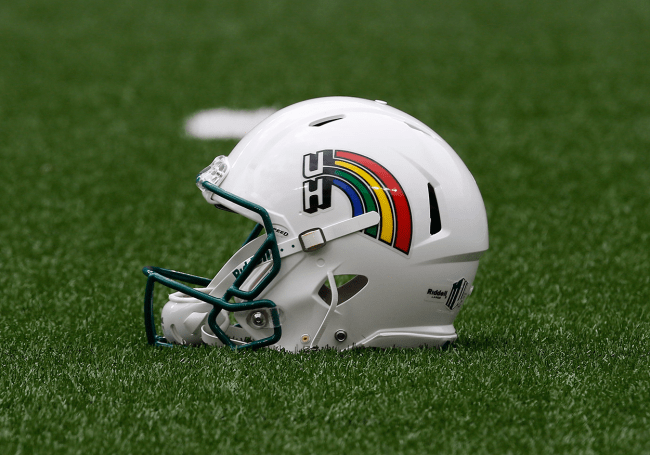 Hawaii football is not going to be very good this year. Barring unforeseen success led by first-year head coach Timmy Chang, the Rainbow Warriors are not expected to be legitimate competitors in the Mountain West and will be fighting for bowl eligibility.

It has been a tumultuous year for Hawaii football. After going 6-7 last season, head coach Todd Graham quickly became the center of controversy. The 57-year-old was so extremely disliked by his players that a very significant amount of them transferred during the offseason, including his own son.

From there, an investigation began. The allegations of culture issues within the program were so significant that they were heard by the state senate and Graham got ripped to shreds. It was ugly.

As a result, Graham and the school moved on. In his place, the school hired former Hawaii quarterback legend Timmy Chang to takeover as coach.

Despite the lack of talent on his roster — considering that a large chunk of players, especially the stars, left — there is a reinvigorated hope at Hawaii. Chang is a legend at the university and he runs a really fun, fast offense.

The school will also wear amazing, brand new helmets that have deep ties to warrior culture. And it is set to build a new stadium as it hopes to join the Pac-12.

There is a sense of hope around the future of the program, but Chang does not have much to work with this year. It’s going to be a struggle.

However, Timmy Chang has a real chance to be the spark that Hawaii needs to get back to relevance.

And video from practice over the weekend is the ultimate recruiting tool.

When a coach is trying to get a high schooler to play for the Rainbow Warriors, all he or she has to do is show them footage of the team practicing under a literal rainbow.

#HawaiiFB QBs throwing the ball somewhere over the Rainbow pic.twitter.com/cAXKFoPh8q

If that isn’t the ultimate Hawaii selling point, then I don’t know what is. It’s picturesque and it’s exactly why you choose to play for the Rainbow Warriors— for moments like that.