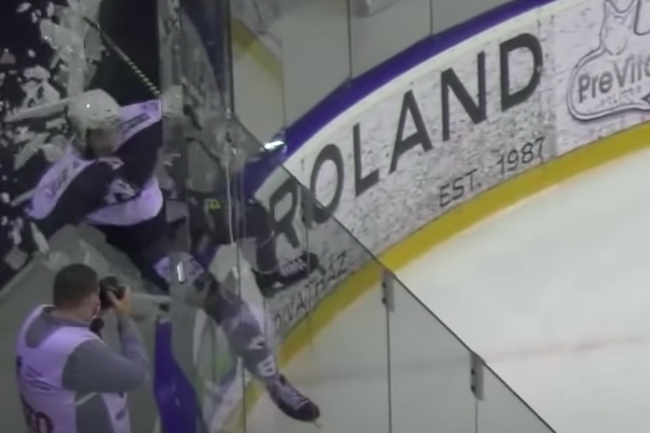 Virtually every sports fan knows the story of James Naismith, a physical education teacher who was casually given two weeks to invent a new game to keep his students busy while they were largely confined to the indoors in the middle of a harsh New England winter in 1891. After giving it some thought, he nailed a wooden peach bucket ten feet above the floor at a YMCA in Springfield, Massachusetts, and just like that, basketball was born.

It’s safe to say the sport has evolved a bit since the day Naismith handed his pupils a soccer ball and the list of 13 rules he’d assembled (and presumably told anyone who didn’t want to play that they could just walk laps around the court until class was over). This includes plenty of changes that have made the game more exciting—like the brilliant idea to cut a hole in the bottom of the aforementioned wooden bucket so play didn’t have to come to a halt whenever someone scored.

While plenty of kids are still cursed to honing their skills on outdoor courts featuring those double-rimmed hoops that reject essentially any shot that even grazes them, tempered glass has become the standard when it comes to the material used for backboards in competitive play. When combined with the breakaway rim, the material is designed to be unbreakable, but as the Titanic taught us when the ship’s designers were punished for their its hubris in the form of a giant iceberg, you’re just asking for trouble when you slap the “un-” prefix on the front of a supposedly indestructible object.

Hockey also relies on Plexiglass when it comes to creating a barrier between players and the fans (the sport—like the first professional basketball games—once relied on wire caging before making the pivot), which the NHL switched too in 2011 to cut down on concussions in addition to the number of instances where a panel shatters as the result of the thousands of pounds of force that can be generated when two players collide against the boards.

I can’t tell you if Erste Liga, an organization comprised of professional hockey teams located in Hungary in Romania, uses the same material. With that said, I can tell you that whatever it harnesses was no match for MAC HKB Újbuda forward Marco Csollak, who netted his first goal as a member of the league over the weekend and opted to celebrate by jumping into the glass only to promptly find himself tumbling over the boards after crashing through the pane.

It took Csollak a few seconds to recover from the development, and while it may have put a bit of a damper on the occasion, it’s hard to think of a more memorable way to commemorate it.