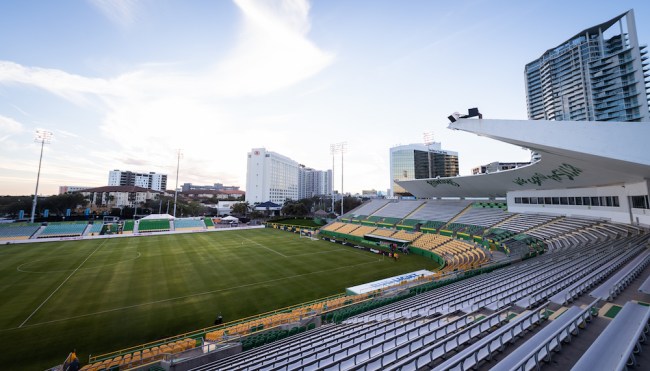 If you’re homeless and looking for shelter you might as well try and find the nicest place possible to hide from the elements.

Daniel Albert Neja, 39, was busted last week at Al Lang Stadium in St. Petersburg, Florida when he was caught living inside the stadium. The 7,200-seat stadium is home to the professional soccer team, the Tampa Bay Rowdies.

Police told WFLA that workers at the complex were clued into Neja’s living arrangements after finding razors, shaving cream containers and other personal items inside one of the stadium luxury suites.

“A cleaning crew went into one of these suites that no one had gone into for some time due to COVID-19 and noticed there were blankets and shaving cream and a razor. Clearly someone had been living there,” a St. Petersburg police spokeswoman told the news station.

Investigators believe Neja blended in with cleaning crews to get into the stadium and just never left.