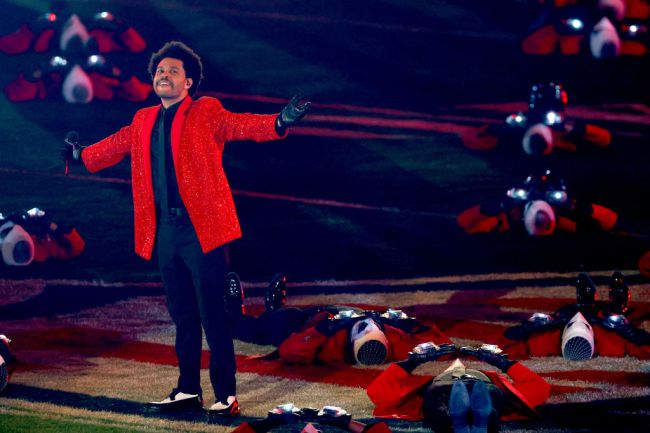 The Weeknd’s Super Bowl LV halftime show was interesting, to say the least. While every Super Bowl halftime show is extremely over the top, his was even more so with a gigantic set, and dozens upon dozens of body doubles. It certainly wasn’t a cheap performance, he and his team pulled out all the stops, that’s for sure. So, what sort of paycheck did The Weeknd take home?

It turns out he likely didn’t get paid at all for the performance. In fact, he probably lost a sizable amount of money and it’s not because the majority of people out there seemed to hate the show.

Forbes reports that most halftime performers are paid on a “union scale” which is a fraction of what they make when selling out arenas and stadiums around the world for an actual concert. The tradeoff, of course, is having over 100 million people watching your performance on one of the grandest stages in all of sports.

On top of not actually receiving a sizable check from the show’s sponsor, Pepsi, The Weeknd reportedly spent almost $7 million of his own money to make the show look how he wanted it to look.

“Abel spent almost $7 million of his own money beyond the already-generous budgets to make this halftime show be what he envisioned,” a rep for the star told The New York Post.

The Weeknd hinted at just how much money his performance was going to cost during a press conference earlier during the week saying he wanted to pull off a dramatic exit like Diana Ross did by flying off in a helicopter in 1996, but said “I don’t think I have enough money for it.”

He may have lost millions of dollars, but The Weeknd had the entire world talking about him for a few minutes on Sunday and whether it was positive, negative, or in meme-form, exposure is exposure.