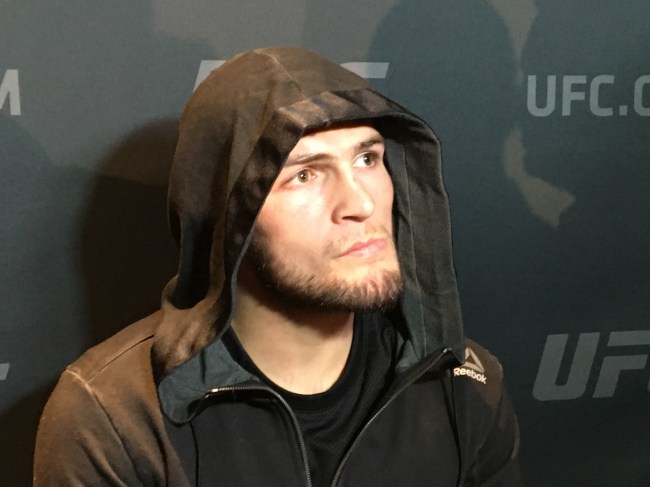 UFC 242 is this weekend, and, if you’re a big-time sports fan, you’ve probably got the event already circled on your calendar, as it’s one of the most-anticipated pay-per-view events of the summer. With the undefeated Khabib “The Eagle” Nurmagomedov returning to the Octagon for the first time in nearly a year — since that post-match brawl with Conor McGregor — and going head-to-head with interim champion Dustin Poirier, we’ve got a feeling UFC 242 will be pretty darn good.

For those who might be wondering how to watch UFC 242 this Saturday, September 7th, here’s a friendly reminder: make sure you set a calendar reminder, because it’s an earlier start time than usual, with the main card starting at 2PM ET and 11:00 AM PT since the event’s being hosted over in Abu Dhabi. That’s pretty important info to know, ’cause you don’t want to miss out on all that streaming UFC 242 will bring. 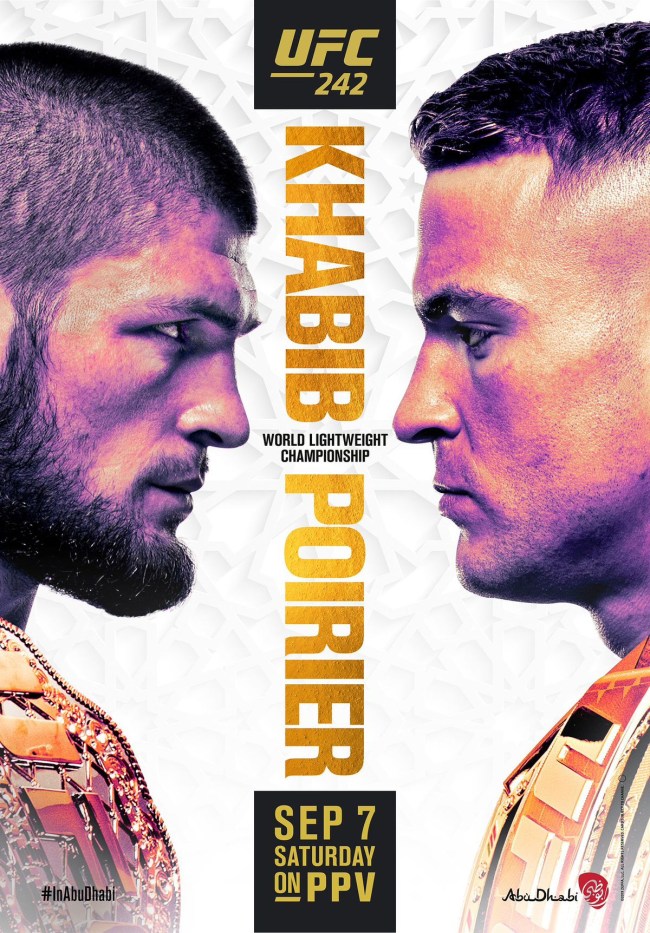 Of course, the only place to take in all the UFC 242 action is on ESPN+, which is the exclusive home for all things UFC these days. That’s also pretty important info to know.

Yep, that means that while you’re watching college football action this weekend, you’ll need to swap channels — or stream both from multiple devices — in order to take in all the action. If you’re a sports junkie, that sounds just about perfect. Plus, the main event between Khabib Nurmagomedov and Dustin Poirier isn’t the only fight you’ll want to watch, so don’t miss out on some of the other hard-hitting action at UFC 242, too.

Khabib Nurmagomedov is being dubbed “The Most Dominant Champion in the UFC,” so who in the heck would want to miss out on seeing his return to the Octagon after a year away? Uh, nobody, which is why streaming UFC 242 on ESPN+ should be the only thing you have on your must-do list this weekend — well, other than lounging around watching college football and the NFL between fights.

Remember that ESPN+ is the exclusive home for all sorts of epic content inside the Octagon. So, if you’re already planning on watching the UFC 242 stream, you might as well score yourself all the dope UFC content ESPN+ offers. Here’s a quick glimpse of the UFC shows that you’ll get to watch, in addition to the UFC 242 PPV: