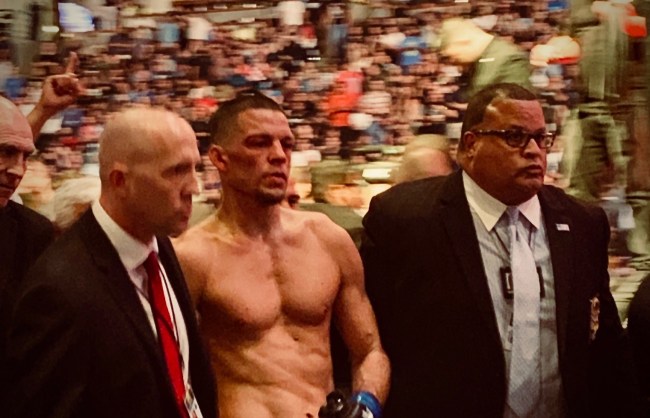 Sports, and basically everything else, are cancelled amid this new era of self-quarantine and social distancing, and the only thing left to do is binge every show and program known to bro-kind.

With a seemingly endless choice of streaming services, it’s impossible to ignore ESPN+ during these trying, sport-less times. For just $4.99 a month you’ll have access to more than enough fights to make it through the recommended 15-day isolation period. The only remaining question is, which fights should you watch?

Well, for starters, why not pick out some of the greatest UFC champions and fighters of all time and watch all of their UFC fights. Between Jon Jones, Stipe Miocic, Israel Adesanya, Henry Cejudo, and Valentina Shevchenko there’s a lot of content to source from here.

With the recent postponement of UFC London why not take a deep dive into the careers of headliners Leon Edwards and Tyron Woodley. Both fighters have bouts that are featured on ESPN+, and Woodley, in particular, has some kind of highlight reel, between his UFC 201 knockout of Robbie Lawler and his UFC 167 KO of Josh Koscheck, although Woodley’s UFC 228 submission over Darren Till is probably the best place to start.

Then there are UFC Columbus headliners Francis Ngannou and Jairzinho “Bigi Boy” Rozenstruik, who were initially scheduled to headline UFC Columbus on March 28. While there has been no announcement regarding the rescheduling of this bout, both Ngannou and Rozenstruik have some noteworthy knockouts. Just look up Ngannou vs. Dos Santos or Rozenstruik vs. Arlovski. Of course, both guys have highlight reel wins over Alistair Overeem, so make sure to fire those up ASAP.

Same goes for UFC Portland, which was originally slated for April 11. While that card was set to be headlined by Walt Harris and Overeem, the real content to dig for here is undefeated middleweight prospect Edmen Shahbazyan, who was set to face Derek Brunson in Portland.

Having most recently competed at UFC 244, recording an incredible head kick KO, Shahbazyan was originally slated to meet Brunson at UFC 248, but injury forced the date and location move. These two will fight eventually, but for now study up on Shahbazyan, who, at just 22, has all the makings of a future UFC champion.

Beyond April 11, there is no clear direction for the UFC. UFC president Dana White has already guaranteed that the highly anticipated UFC 249 lightweight title fight between champion Khabib Nurmagomedov and challenger Tony Ferguson will proceed as scheduled, although not in Brooklyn, New York. As of right now, the location for Khabib vs. Ferguson has yet to be determined.

Dana White provides an update on #UFC249 and whether an upcoming Nevada State Athletic Commission meeting could allow for events at the UFC Apex.

While the executives figure out all the logistics for promoting 249: Khabib vs. Ferguson, you might as well hop over to ESPN+ and take in a few of both fighters most memorable wins.

For Khabib, there’s no better place to start than his most recent fight at UFC 242 vs. Dustin Poirier and his mega-selling PPV headliner versus Conor McGregor at UFC 229. Both fights show how dominant Khabib’s wrestling and submission game is. He’s really on a level all his own.

When looking for Ferguson’s highlights, well, basically his entire career is a highlight, so do the reverse chronological deep dive, beginning with his fight against Donald “Cowboy” Cerrone at UFC 235 and his UFC 229 massacre over Anthony Pettis. Both fights ended via TKO.

In addition to all the MMA fights, ESPN+ also has some great content across all combat sports, including Top Rank boxing. There are also a handful of boxing and mixed martial arts “30 for 30” documentaries, along with “Detail,” an analysis series hosted by Daniel Cormier, produced by Kobe Bryant.

Depending on how long this self-quarantine lasts, we’ll make sure to drop some more fight recommendations, but for now, head over to ESPN+ and check out all the fighters who were supposed to take the Octagon in the coming weeks.