This Week in Combat: Coronavirus Hits the UFC, Bellator, and Top Rank 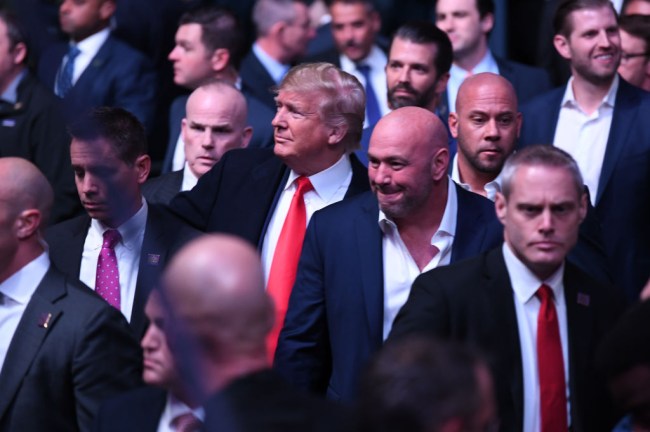 What a total mess for the sports world.

The NBA has suspended play for the foreseeable future. MLB is delaying the start of the 2020 season. The PGA scrapped the last three rounds of the Players Championship, and even the XFL has cancelled its remaining games. But what about combat sports? What are MMA promotions like the UFC and Bellator and boxing promotions like Top Rank doing in response to COVID-19?

Well, unlike major team sports, it appears that combat sports are taking a different precautionary route against the Coronavirus threat. Rather than cancelling events outright, MMA promotions are, like the NCAA tournament, opting to host fights in empty arenas without fans present. However, it appears that the NCAA has canceled March Madness altogether now. WTF?

Much like Singapore-based MMA promotion ONE Championship, which hosted its recent “King of the Jungle” event without fans in attendance, the UFC is opting to promote this Saturday’s fight card from Brasilia, Brazil, which is headlined by lightweights Kevin Lee and Charles Oliveira, in an empty arena. Bellator MMA is doing the same with Friday’s Bellator 241 card, which is headlined by a featherweight Grand Prix bout between Patricio “Pitbull” Freire and Pedro Carvalho.

Both fight cards feature some high level action. Fans will just have to get their fix at home, on the internet.

UFC fans will actually need to spend the next few weekends glued to their TVs and computers to stay up to date on all the action, after the Las Vegas-based promotion announced its intention to relocate upcoming fight cards in Columbus, Ohio and Portland, Oregon to the APEX, located at UFC headquarters in Nevada.

It’s unclear how those fight cards will be affected, or if other UFC events, in particular the highly anticipated UFC 249 main event between lightweight champion Khabib Nurmagomedov and challenger Tony Ferguson, will also be relocated. The UFC will keep fans abreast of any developments as part of their wait and see approach.

For boxing promoter Top Rank, the reaction to the Coronavirus outbreak is a bit more severe and immediate. This weekend’s fight card at the Hulu Theater at Madison Square Garden in New York City, which was to feature a featherweight title fight between Shakur Stevenson and Miguel Marriaga, has been canceled. Top Rank cited a lack of available COVID-19 testing as the reason for the cancelation.

Unlike team sports, where players at least have uniforms and some distance during play, combat sports presents a unique challenge during this Coronavirus pandemic. Fighters must be in close range, they must engage and physically touch each other, there is blood, and there are multiple contests on the same surface in the same night. Combat sports generally have athletes from many regions of the world as well, and with the recent announcement of a 30-day travel ban from Europe, it’s possible that more events will be affected.

Consider UFC 249, an event with something like 11 international fighters on the card. While headliner Khabib Nurmagomedov is already in San Jose, California training at American Kickboxing Academy, alongside Islam Makhachev, who also competes at UFC 249, is it feasible to think that the remaining nine athletes will make it to Brooklyn for fight night? And will New York even be allowing gatherings of 17,000-plus by April 18? We still don’t know yet.

For now, we’ve entered into a new era of sports, an era where fans will need to watch from behind closed doors. It’s already proving to be very challenging, as it’s unclear when sports will return to action and when crowds will be allowed back into the arenas and stadiums. There are still many things for sports leagues and organizations to consider as the Coronavirus continues to have a major impact on our society, but combat sports clearly refuse to go away without a fight.

It will just take some more time to know the full extent of how COVID-19 will affect mixed martial arts and boxing.