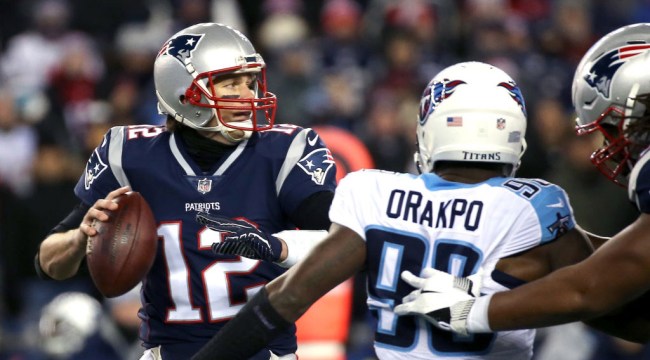 With Super Bowl LII just days away, Hulu has released some new data revealing how Americans streamed professional football on their service this past season. From top streaming states to most passionate fan bases to funny behaviors during the games, here are a few trends that Hulu uncovered in 2017.

Seattle residents watched the most football this season.
While others may casually cheer for their teams, these diehard fans streamed more hours of regular season NFL football than any other city – 357,000 total hours to be exact. This may explain why the tense Seattle vs. Jacksonville game on December 10th that erupted in a fight between the two teams in the final minute was Hulu’s most engaging game of the entire season (based on most hours watched per viewer).

The Dallas Cowboys truly are America’s team — or at least they’re the team for Hulu viewers.
The Cowboys were the most-streamed team on Hulu this season. 49% of all viewers who watched an NFL game this year watched a Cowboys game.

The top five states where professional football was always streaming.
Washington, Colorado, Connecticut, Pennsylvania and D.C. watched the most hours of football per subscriber out of all 50 states.

Hulu subscribers rooted for the Eagles and Patriots all season long.
This year’s Super Bowl features two of Hulu’s top five most-streamed teams based on total hours watched (the other three were the Cowboys, Packers and Steelers). 58% of all viewers who watched an NFL game this year on Hulu watched a Patriots or Eagles game. 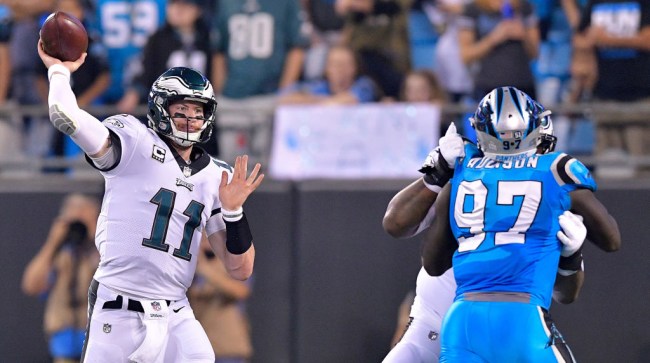 Viewers are always ready for some football on Sunday.
No matter what team you were rooting for during the season, you most likely tuned into a game on Sunday. Americans watched TWICE as many hours of football on Sundays than all other game days combined.

You aren’t the only one.
Yelling at the TV during a sporting event is a ritual that remains and Hulu fans are no different as 38% admit to screaming at their TV during games. 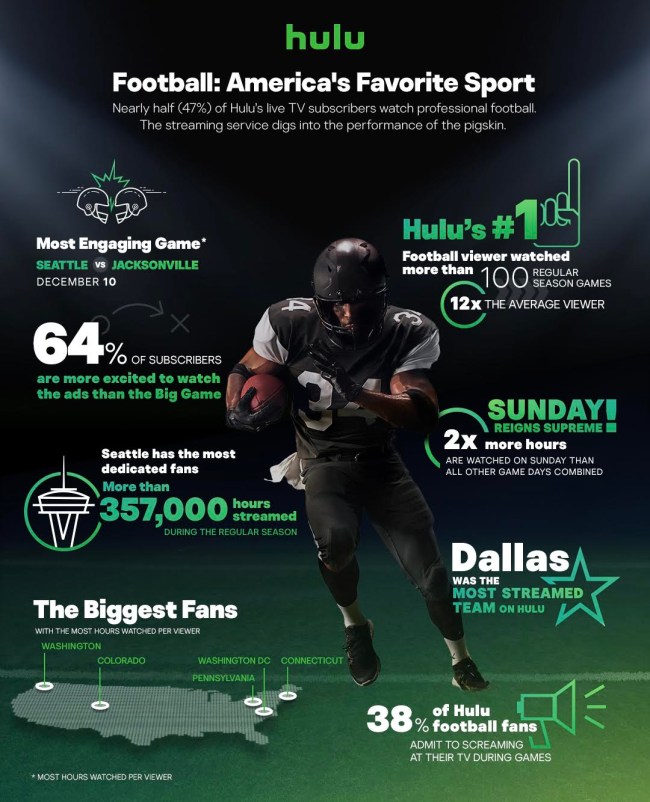