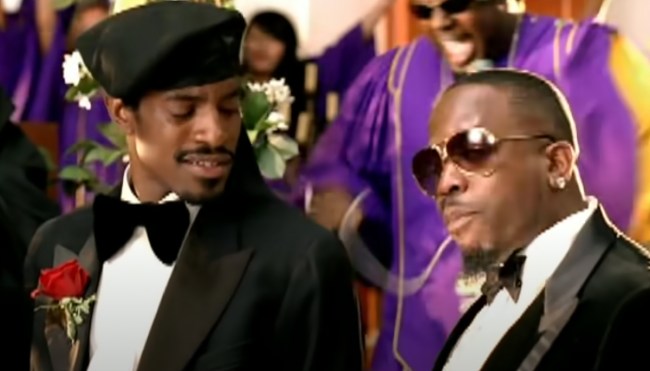 In 2007, a veritable Justice League of Southern rap royalty assembled to create the legendary hip-hop classic that is “International Players Anthem.”

The song features Bun B and Pimp C (better known as UGK) rapping over a beat produced by DJ Paul and Juicy J of Three 6 Mafia fame in addition to an appearance from Big Boi, who caps off a track that is sandwiched by a spoken word intro from fellow Outkast member Andre 3000.

“International Players Anthem” is simply one of those songs that never gets old, and as I alluded to above, it’s also one that possesses a fair amount of significance when it comes to its place in hip-hop history. Prior to its release, Outkast had played a pivotal role in putting Atlanta on the map, Bun B and Pimp C had established themselves as some of the most formidable figures on the Houston scene, and the duo of producers from Memphis had been instrumental in defining the sound of the Southern rappers who had long been viewed as an afterthought.

On Tuesday night, the Astros and Braves will face off in the hopes of taking the World Series trophy back to their city, and a few days ago, NBC Houston reporter Vanessa Richardson joked the”International Players Anthem” should be played before each contest in honor the cities represented.

If the World Series ends up being Houston vs Atlanta, Int’l Players Anthem needs to be played before every game.

Unfortunately, it appears a depressing number of people who’ve likely uttered the words “You can’t spell ‘crap’ without ‘rap'” and have at least one American flag in their Twitter bio assumed she was suggesting “The Star-Spangled Banner” should be supplemented by some kind of um, international anthem for baseball players as opposed to the UGK x Outkast joint she was referring to.

Someone needs to send Vanessa an Edible Arrangement for not only willingly subjecting herself to her mentions but also taking the time to put together a video featuring the Best of the Worst.