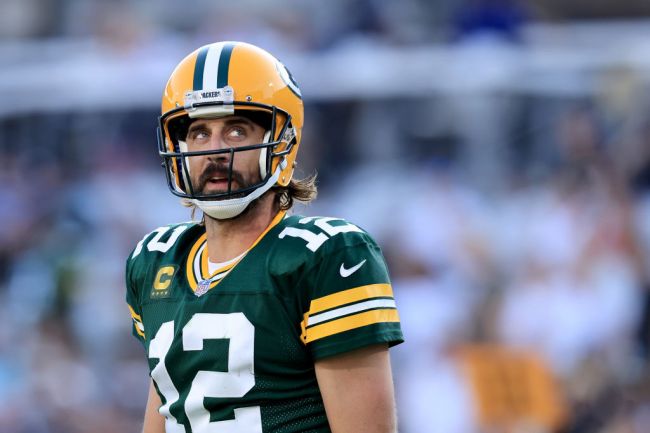 Aaron Rodgers will not play against the Kansas City Chiefs on Sunday. It was announced on Wednesday morning that the 37-year-old has tested positive for COVID-19 and NFL fans reacted accordingly.

According to the NFL’s COVID-19 protocol, vaccinated individuals who test positive and are asymptomatic will be isolated. The positive individual can then return to duty after two negative tests at least 24-hours apart.

Thus, if Rodgers had been vaccinated and tested positive, he would still have a chance to play this weekend. However, he has been ruled out.

The reason for his absence on Sunday, as Ian Rapoport and Mike Garafolo are reporting, is because Rodgers is not vaccinated.

By that timeline, depending on when Rodgers’ test first popped positive, he will not be eligible to return until Nov. 13.

People are surprised by this announcement, because it was assumed that Rodgers was vaccinated. He made comments earlier this summer that people took to mean that he received the COVID-19 vaccine.

He also said that “a lot of research” went into his decision, and that he “likes to learn about everything that he is doing.”

Watch his eye cut up to the top right as he says it:

This summer, @ByRyanWood asked #Packers QB Aaron Rodgers if he was vaccinated and his stance on it.

Based on his statements, it was immediately assumed that Rodgers was vaccinated. We now know that he is not.

This leaves a lot of questions unanswered and it means one of three things:

Here are the protocols that Rodgers would have had to follow this season:

Here are the @NFLPA’s protocols for unvaccinated players. IF #Packers Aaron Rodgers isn’t vaccinated, he hasn’t followed them this season. pic.twitter.com/FJo2EmVFFY

Rodgers, who attended a Halloween party over the weekend, violated at least two of the protocol guidelines and should be fined accordingly.

Further, here are the protocols that Rodgers would have to follow inside team facilities: 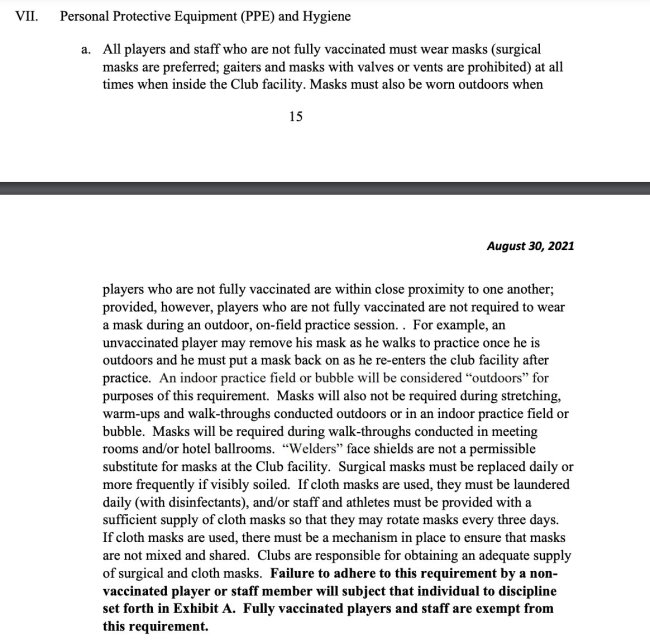 Rapoport is reporting that Rodgers has been following protocols.

My understanding is that Aaron Rodgers has been following protocols for unvaccinated players while inside the building. https://t.co/g5xyjDZ6uL

People were quick to point out otherwise.

Aaron Rodgers, inside the building without mask following Packers 38-3 loss to Saints (pretty sure you could do this for any press conference) https://t.co/SYWng9Zf87 pic.twitter.com/MVxx9VQ1gB

Additionally, if a player is unvaccinated, he must keep his mask on on the bench or sidelines. Rodgers has not worn a mask on the sideline.

Aaron Rodgers spent his time on the sideline greeting and hugging teammates. Glad to be here to see a great game. pic.twitter.com/utk2FEp2A1

With that being said, the NFL said that unvaccinated players can take off their masks during warmup stretches until the end of practice. But once practice is over, they need to mask up again.

It is unclear as to whether that same logic applies to games. If it does, Rodgers not wearing a mask while on the sideline during a game in which he is playing would be fine.

However, that would not be the case for games in which he is not playing. He would need to wear a mask on the sideline and did not.

Here was Rodgers during a preseason game on August 21st: 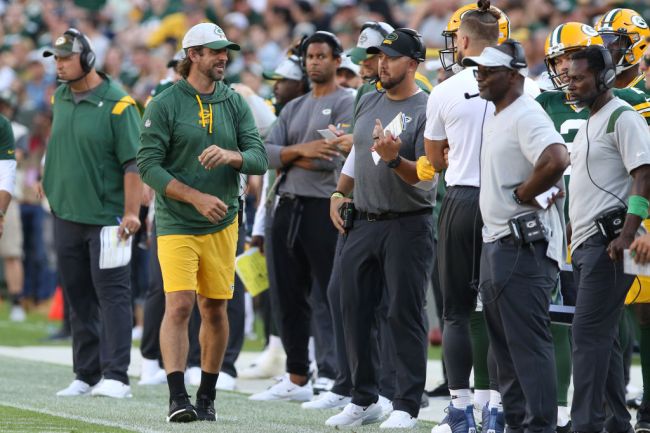 Will Rodgers be fined? Could he be suspended? Was he lying on purpose? Who knew what when?