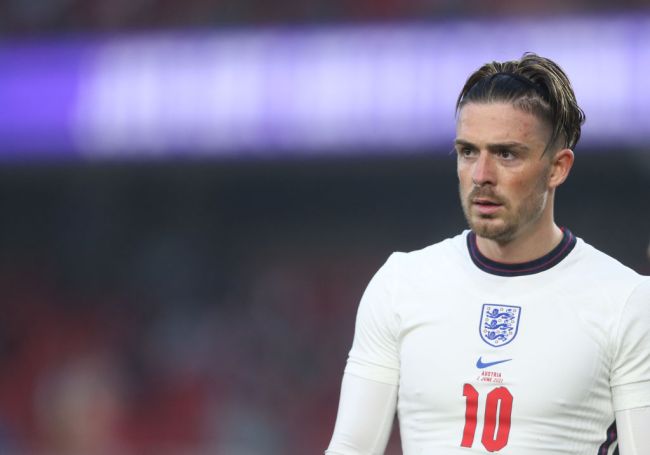 We would all agree that being called ‘an encyclopedia’ of something is a fantastic compliment to receive, but what if the person you’re complimenting has no idea what an encyclopedia actually is? We saw that exact situation play out with England star Jack Grealish during an interview at Euro 2020.

Grealish’s manager at Aston Villa, Dean Smith, called him ‘an encyclopedia of football’ and a reporter asked the midfielder about Smith’s comments and where his knowledge of the game comes from. This led to an unbelievable exchange where Grealish revealed he had no idea what an encyclopedia was. He legitimately reacted in a way where you’d think that this was the first time he’s ever even heard the word ‘encyclopedia’ or that the reporter was speaking a different language.

The copyright police on Twitter struck and took down the hilarious video.

“Dean Smith said you are an encyclopedia of football. Where does that come from? Grealish was asked.

He quickly replied: “A what?”

The reporter repeats the question, which Grealish replies: “I have no idea what that means” before literally explaining what an encyclopedia is.

It’s a fact that encyclopedias have virtually been extinct for the better part of 10 years now – Encyclopedia Britannica stopped being printed in 2012 – but to not even know what the word means is absolutely astonishing.

How many people out there do you think have no clue what an encyclopedia is? Odds are that most people under 25-years-old or so have never even seen an encyclopedia. Google and Wikipedia were their encyclopedias growing up.

Grealish will be looking to make his major tournament debut on Saturday as England take on Scotland.