Jack Nicklaus Turned Down Saudis’ Offer Of Over $100 Million To Be Face Of LIV Golf Not Once, But Twice 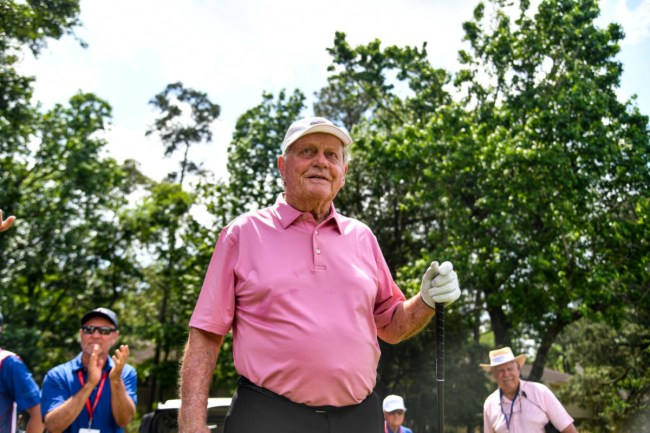 They made the Golden Bear an offer most people couldn’t refuse, but the 18-time major winner told them no, not once, but twice.

In a story written by Michael Bamberger of The Fire Pit Collective, Nicklaus explains that the Saudis offered him over $100 million to do the job Norman has now taken on.

“I was offered something in excess of $100 million by the Saudis, to do the job probably similar to the one that Greg is doing,” Nicklaus explained. “I turned it down. Once verbally, once in writing. I said, ‘Guys, I have to stay with the PGA Tour. I helped start the PGA Tour.'”

Nicklaus was the leader, so to speak, of the many notable golfers who split from the PGA of America in 1968 to start the PGA Tour as we know it today. He also went on to win 73 times on the Tour he helped create, which still stands as the third-most wins of all time.

Norman has undoubtedly been offered a large sum of money to be the CEO and commissioner of LIV Golf, but it’s unknown if he too was offered a nine-figure deal to be the face of the breakaway circuit.

LIV Golf has announced an eight-event schedule that’s set to begin on June 9-11 at Centurion Golf Club just outside of London. The first States-side event is set for July 1-3 at Pumpkin Ridge Golf Club in Portland, Oregon.

The PGA Tour has officially denied players permission to play in LIV Golf’s inaugural event next month. Players could still choose to play in the event but would face consequences, possibly even a ban if they were to return to their respective tours.