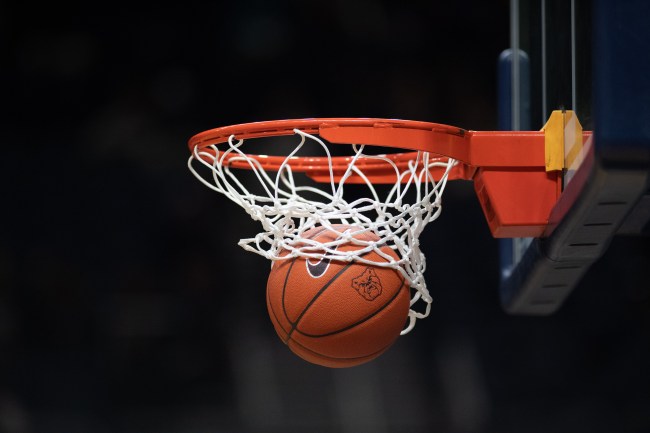 The most electrifying moment in college basketball Monday night came from a school of 7,000 in Jackson, Mississippi.

Thomas “Snacks” Lee’s name will echo through the hallways of Jackson State long after he’s graduated after the basketball student manager nearly blew the roof off the Williams Assembly Center when he entered his first collegiate game with two minutes left in the Tigers final home game.

In the waning moments of Jackson State’s 76-56 win over Arkansas-Pine Bluff, the crowd began chanting for the team’s long-standing manager, Mr. Thomas Snacks Lee. “WE WANT SNACKS” bellowed through the 8,000-seat arena.

The stout sharpshooter entered the game with a veteran’s confidence donning number 35.

Then this happened. From the distance between me and my 8th grade semi-formal date during Stairway to Heaven.

I found America’s hero and he plays for the Jackson State Tigers pic.twitter.com/D8SSi1YMzl

Snacks wrapped up his collegiate basketball career with the following stat line: 1-for-4 with three points, one rebound, and the admiration of millions.

Analysts predict Snacks will go early second round of the 2020 Draft, with Jay Bilas having him go to the Knicks.

A forever legend. Thomas Snacks Lee. Can’t wait to see what’s next for the promising prospect.

P.S. This is some much needed good press for Jackson State considering this went down earlier this year.