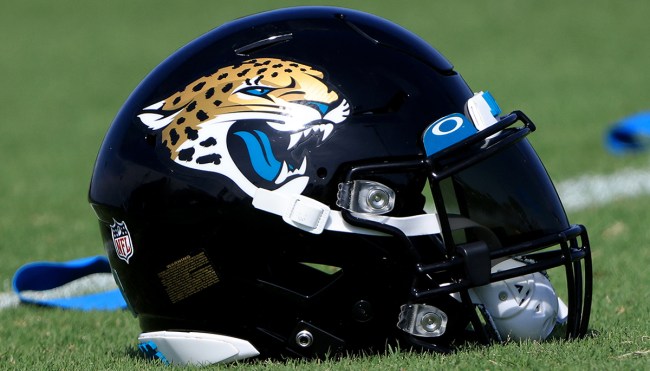 There aren’t many NFL teams who headed into this year’s training camp surrounded by more uncertainty than the Jacksonville Jaguars, who are coming off a brutal year where they finished with a record of 3-14 thanks in no small part to the dysfunction and toxic culture that led to Urban Meyer being kicked to the curb with four games remaining in the season.

It would appear Doug Pederson has managed to win back the locker room since he was hired to take over in February, but it’s safe to say the team (which oddsmakers think will win around six or seven games) has plenty of work to do when it comes to bouncing back.

The biggest storyline heading into the upcoming campaign is how Trevor Lawrence will fare in his second season after being scooped up by the Jags with the first overall pick in the 2021 NFL Draft. However, that’s been slightly overshadowed by an issue that’s reared its head just a few days into training camp.

On Thursday, Associated Press reporter Mark Long revealed Jacksonville kickers ran into a few issues after practice got underway. Former Dallas Cowboys coach Dave Campo was apparently drilled in the head by an errant kick during a return drill, while team reporter Ashlyn Sullivan narrowly avoided a similar fate and another group of onlookers were forced to flee after a field goal attempt went very awry.

Jaguars have kicking issues. Warming up they hit Dave Campo in the head, nearly wiped out Ashlyn Sullivan and sent another group scattering. None of them was even standing close to the goal posts

Long didn’t specify which kickers were responsible for the three separate misfires; journeyman Ryan Santoso likely came into training camp with the edge over undrafted rookie Andrew Mevis, but they apparently both have a lot of work to do based on what unfolded on Thursday morning.