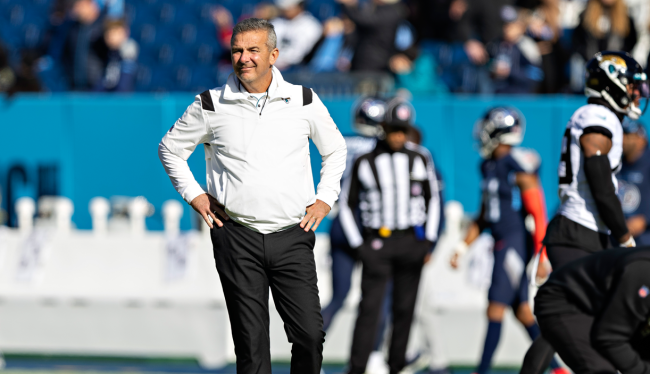 When Urban Meyer was fired as the head coach of the Jacksonville Jaguars pretty much everyone including the team’s owner, the coaches, the players, the fans, and the local media, were very happy to see him go.

One former member of Meyer’s staff with the Jaguars says his time there was “the most toxic environment I’ve ever been a part of.”

Pederson, who led the Eagles to their first Super Bowl win in 2017, spent last season at home after being fired by Philly following a disappointing 4-11-1 2020 season.

Today, as the Jaguars begin their training camp this week, Jaguars outside linebacker Josh Allen was asked if there is a big difference between being coached by Urban Meyer and Doug Pederson.

The first thing he did was laugh.

“You gotta hold on to the details,” Allen continued. “If you’re not listening to the details, it’s not [someone] getting on you, it’s telling [you] what’s right and what’s wrong.

“[Pederson] puts it a way we can understand it and grow. He’s not getting on us. He’s letting us know what’s real. And he’s talking to us like grown men.”

Later in the session, Josh Allen was asked, “Do you sense them [his teammates] as energized as you are about Doug Pederson versus last year, kind of the way things were going?”

Again, the first thing Allen did was laugh.

“I mean… yeah,” he replied with a big smile.

You mean he didn’t kick them while they’re stretching? Soft.

I think he’s been the most candid(with fewer words) about what they went through and what they needed to get better in regards to the previous staff. Just his mannerisms when asked those type of questions shows a lot 😆

i can hardly imagine what experienced professional football players felt last year.
and rookies, "THIS is what the nfl is like??"

There needs to be a movie about the Urban Meyer Jacksonville experience https://t.co/jajlDj65aO