The Jacksonville Jaguars Breaking Their Practice Huddle With ‘GRIND!’ Is A Merciless Troll 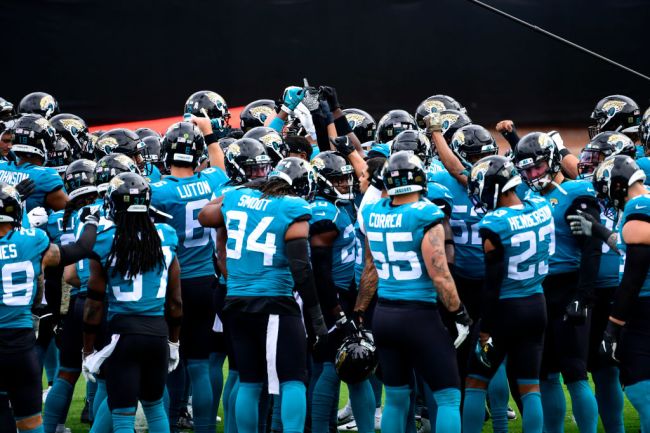 The fourth wall has officially been broken.

As Urban Meyer’s daughter said, “let the media do what it does,” but when the 53-man roster you’re sworn to lead openly trolls you in the midst of the worst stint of your professional career (after an emotional apology no less), I’m not sure there’s a PR agency on the planet who can unring that bell.

Following a practice session on Wednesday, the 0-4 Jaguars broke their team huddle with a collective “GRIND!” chant that is a.) very funny, and, b.) an indicator that the players aren’t willing to share in their coaches distress.

Trevor Lawrence and the Jaguars broke the huddle at practice with “GRIND!” before they burst out laughing. This is gonna go really good or really bad sunday. pic.twitter.com/1959hP8rMR

The Jaguars have given the internet even more meat to chew on and extended the life of this already overblown scandal even more.

I thought it was going to be out of context, but they 100% did that to troll him you can see them smiling

Seems like a guy who has complete control and respect of the locker room.

Lol urban should just quit at this point

They just openly hate this dude 😂

I would 100% quit if I were Urban. Hardly anything is worth living in Jacksonville as it is, add in a national axe to grind (pun!) and I’m becoming a high school football coach somewhere where they don’t have internet.