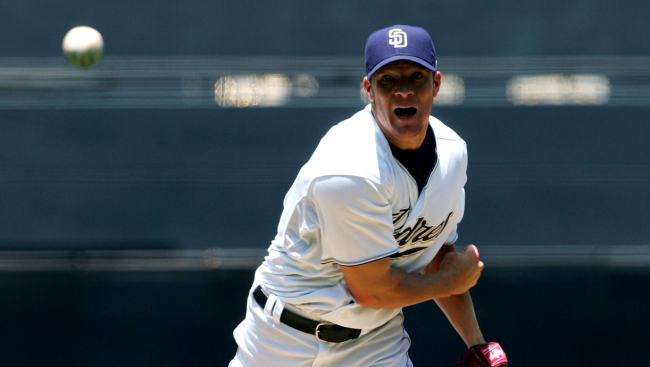 The Savannah Bananas collegiate summer league team is not your typical baseball organization. They have played games in kilts. Their players perform choreographed dances. They’ve let 75-year-old retired Major League pitcher Bill Lee throw for them. They have also had the “tallest” pitcher in baseball history take the mound.

So, this past weekend, when 2007 National League Cy Young Award winner Jake Peavy was given the opportunity to pitch an inning for the Bananas he knew he had to do something special, and he did.

Peavy, a three-time MLB All-Star, took the hill wearing not just any old baseball glove, he went out there the actual Gold Glove he won during the 2012 season with the Chicago White Sox.

Jake Peavy pitched for us in Birmingham this past Saturday. And he used his Gold Glove. What time to be alive. pic.twitter.com/IKJJt3CZnh

Peavy’s inning on the mound wasn’t his first visit to a Savannah Bananas game. Last year, Peavy brought the two World Series rings he won, in 2013 with the Boston Red Sox and in 2014 with the San Francisco Giants, to a Bananas game and let fans pose for pictures wearing them.

Jake Peavy brought his rings out to the Savannah Bananas game tonight. Such an awesome guy pic.twitter.com/p7gAgW3Cdy

Earlier this year it was announced that Peavy and former MLB outfielder Hunter Pence – another two-time World Series champion – would be joining MLB Network as new analysts.

The now 40-year-old retired baseball star still plans to make time for another appearance with the Savannah Bananas next season, however, perhaps with a little something extra on his fastball.

Better believe it… with a little more on the heater!!! https://t.co/YbfHiNPzkR