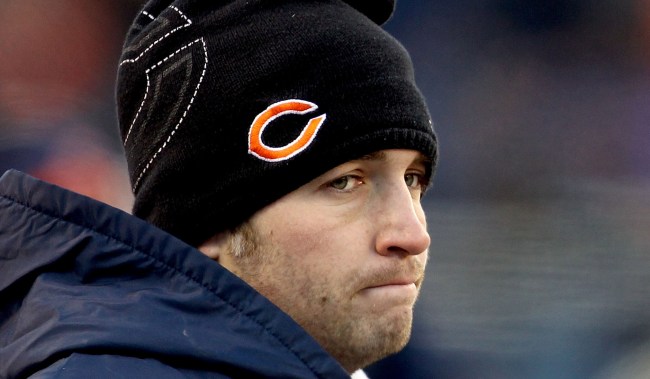 As if we really needed another reason to love Smokin’ Jay Cutler we’ve now got one.

How incredible is that? 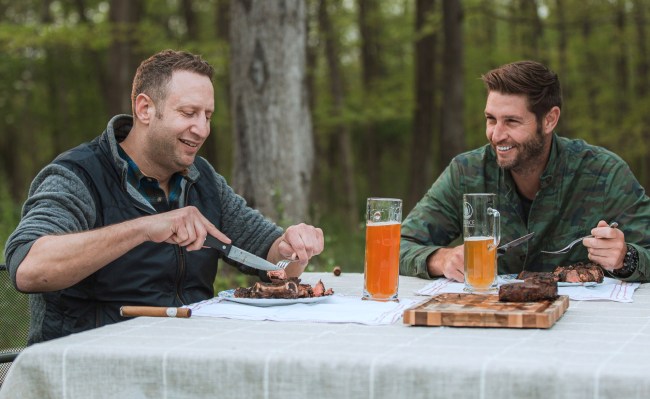 Cutler’s obsession with great steaks is nothing new, and since retiring from his football career his longtime desire to open his own butcher shop has only grown. To bring this passion project to life, Cutler and America’s premier butcher LaFrieda are joining forces to deliver the greatest cuts of meat and poultry right to your doorstep each month. Just in time for summer grilling season, Cutler and LaFrieda will hand-select meats from the top 4% of America’s beef and protein, and consumers can choose from either the “Jay” or “Pat” box. A typical box could include Fresh USDA Prime Center Cut NY Strips and Filet Mignons, high-end chicken, pork chops, and the Jay’s Blend Beef Burgers, a brisket and beef belly blend exclusive to CUTS.

Who knew that in addition to being a reality TV show legend, Cutty has also had the dream of owning a butcher shop? I am DEFINITELY picking the “Jay” box every time.

“I’ve been thinking about opening my own butcher shop for a while now. By teaming up with Pat to launch CUTS, I’m working with the best to make my dream a reality,” said Cutler. “But we’re actually taking it to the next level. Instead of just opening one shop in one city, we’re able to deliver incredible quality products to houses nationwide. I promise your summer grilling has never tasted so good.”

The CUTS website even has an absolutely electric teaser video featuring Jay and Pat just being dudes.

“When I learned about Jay’s goal of owning his own shop, I instantly knew I had to help bring his vision to life,” said LaFrieda. “While so many other meat subscription boxes utilize ungraded or lower quality cuts – or even freeze overseas meat – it’s our highest priority that CUTS deliver 100% American pride, sourced from small legacy family farms across the U.S. We are proud to bring the best of America’s cuts right to your home.”

“Gotta give the people what they want,” Cutler wrote on Instagram, which, if that were true, Cutler would quit messing around and take a network broadcasting job doing NFL games. That or start his own reality TV show. One of those things.