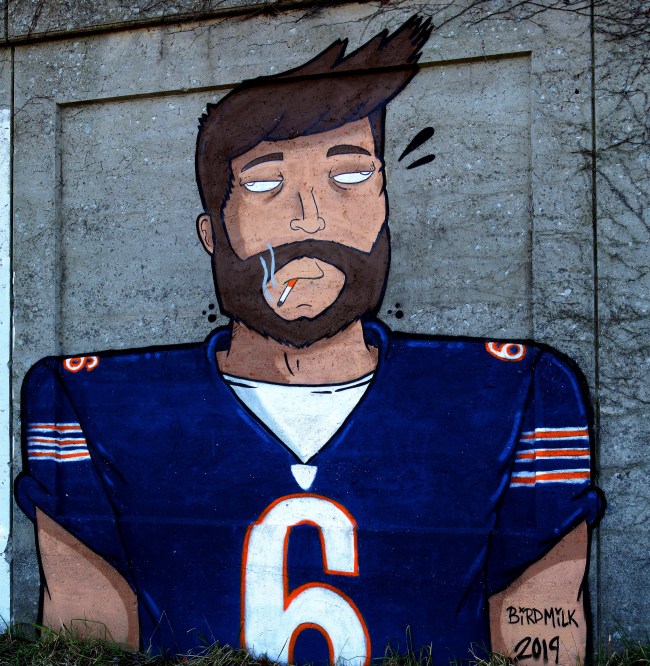 Has there ever been an athlete who went from being almost universally reviled by his team’s fanbase to being the guy people can’t get enough of more than Jay Cutler has since he retired after the 2017 NFL season?

I don’t know about folks in Denver or Miami, but I do know firsthand how much Chicago Bears fans could not wait to see Cutler depart. His smirky, don’t give a shit attitude had worn very thin over his eight seasons at Soldier Field.

And yet, here we are. That same smirky, don’t give a shit attitude that fans loathed on the gridiron has served him amazingly well as a reality TV star on his wife Kristin’s show Very Cavallari.

In the show’s two years on the air, Cutler has become a national treasure, and from many people’s perspective (including mine), the only reason one would ever possibly want to watch the show.

Heck, fans were actually happy to see him back in Chicago at a Bears game this past September.

So yeah, new reports that Cutler has been in contact with two different networks about possibly doing a little broadcasting work? Damn right we’re excited.

According to the New York Post, Cutler has already met with ESPN and CBS.

As you may recall, Cutler was all set to work in the booth for Fox in 2017 when his wife Kristin Jay decided that he could sleepwalk his way through one more NFL season with the Dolphins for $10 million.

So, could Cutler be CBS’ answer to Tony Romo should the former Cowboys QB decide to take his talents elsewhere?