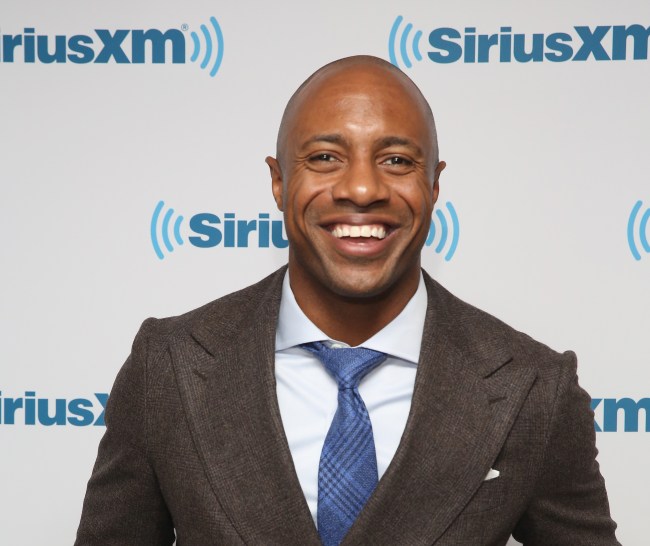 ESPN’s Jay Williams sure seems to be on one these past couple days, guys, with the former NBA player taking his opinions to a whole new level. While Williams has always been pretty outspoken during his time as an analyst, he’s getting near the mega hot take territory with his opinions, as the guy implied LeBron James played second fiddle to Dwyane Wade during their time with the Miami Heat — which is never a popular thing to say publicly.

But J-Will didn’t stop with the hot takes there, because he also went after his colleague at ESPN, Stephen A. Smith. Now, as we all know, Stephen A. has literally made a living saying some of the most outrageous things in sports media. No hate, the man is paid to do so, and he does it really well to bring in ratings and cause fans to debate things themselves.

However, when Smith mentioned during Thursday’s First Take that newly hired Brooklyn Nets head coach Steve Nash was hired due to “white privilege,” it more than pissed off a couple people. Among them was Charles Barkley, who slammed the idea that Nash — a former two-time NBA MVP who has zero coaching experience on any level — was handed the role because of his skin color.

I love Steve Nash! But……. pic.twitter.com/lo73hhoM0q

But Chuck wasn’t the only person who refuted Stephen A. Smith’s claim, as Jay Williams chimed in, too, using Twitter to shoot down the idea about Nash and the Nets. Take a look below.

Come on SA. Steve Nash being chosen over Mark Jackson/Ty Lue is not “White Privilege”.. 2 superstar black athletes ultimately made the decision & we know who they are and what they are about. https://t.co/7lmTjkbiFK

If you want to make that point on its own merit then ok.. but that is NOT how this situation went down. You think KD/Kyrie didn’t get a voice in who their coach would be? Come on man. https://t.co/eilZXYhbgp

While some may argue that Nash may have gotten preferential treatment (Note: I’m not one of them), to Jay Williams’ point, you’re leaving out the obvious: That the Nets’ biggest superstars, Kevin Durant and Kyrie Irving, absolutely had a say in suggesting who they wanted as their head coach. Knowing that may change the narrative a bit for those claiming “white privilege” played a role in the hire, as Stephen A. Smith did.

Sure, that shit (unfortunately) happens in workplaces — including many times in sports on all levels — but in this situation with the Nets, it sure doesn’t seem like that was the case. Just look at what Durant had to say about his relationship with Nash, noting how the former point guard was one of the people who convinced him to join the Golden State Warriors years ago; a team Nash was consulting for at the time.

“Yeah, as I was making my decision… I trust his judgment on stuff. He’s always kept it real with me. He wasn’t recruiting me or anything, he just let me know how it is here… I wouldn’t say he made the decision for me, but he made me feel good about it.”

Then there’s this tweet from Marc J. Spears of The Undefeated, which references Steve Nash’s relationship with both KD and Irving as a factor in landing him the Nets gig.

New Nets head coach Steve Nash has the "confidence" of Kevin Durant and the backing of Kyrie Irving after having a relationship with both for years. On KD, Nash told @TheUndefeated: "He’s one of the greatest players I’ve ever seen and to have his confidence is really important.”

That’s all fine and good, but, at the end of the day, Steve Nash is still a super risky choice to lead the Nets. This is a team with championship aspirations next season, and a guy with no head coaching experience was a bold decision. But, hey, if Durant and Irving give their approval — which, as Jay Williams pointed out, they presumably did here — then he’s the right guy for the role.