Jaylen Brown Got Sweet, Sweet Revenge On A Former Teacher Who Said He’d End Up In Jail 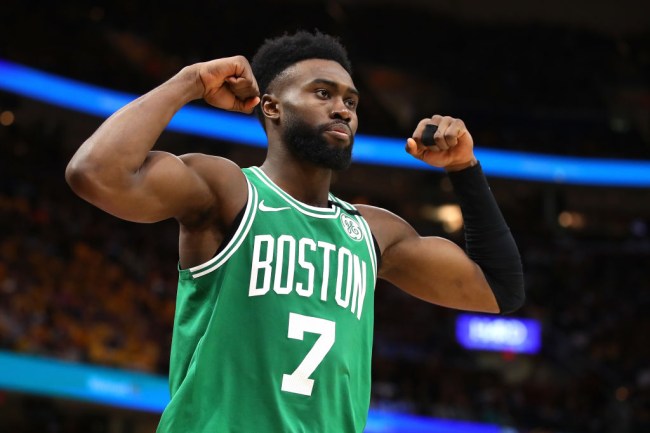 I came of age in the early age of social media, a time when you had to be in college to sign up for Facebook, Friendster was still a thing, and you could spark an incredible amount of drama based on the people you listed in your Top 8 on MySpace.

Thanks to Facebook’s tendency to dig up statuses from the past, I’m constantly reminded of all of the dumb shit I posted online as a teenager and I cringe at the days when I thought Boondock Saints was the pinnacle of cinema. However, that’s nowhere as bad as some of the stuff other people have thrown up on the internet.

In the past couple of years, a number of high-profile figures have been put on blast thanks in no small part to Twitter, which has been the downfall of more than a few people.

Villanova’s Donte DiVincenzo caught a fair amount of heat for tweets he posted as a high schooler, Kevin Hart lost his chance to host the Oscars thanks to some casual homophobia, and while it wasn’t enough to stop him from being the first person to be selected in this year’s NFL draft, Kyler Murray was also exposed for similar comments.

However, not all tweets come back to bite people in the ass—including one that was posted five years ago by the Celtics’ Jaylen Brown.

On Sunday, Brown helped lead Boston to a victory over the Bucks in a game that included a vicious dunk over Giannis Antetokounmpo.

However, Antetokounmpo wasn’t the only person he dunked on yesterday thanks to an old tweet that started to make the rounds before the game.

My teacher said she will look me up in the Cobb county jail in 5 years .. Wow

As For The Win notes, people were more than happy to pile on.

I can’t believe teachers can tell kids this and have their be no repercussions
But shout out Jaylen Brown for proving that teacher very much wrong https://t.co/eMMtkNBz3e

Someone boo that woman! Trying to place a young black man in restrictions when he is trying to achieve a dream.

As a teacher, that is reprehensable, your job is to encourage, teach & form our youth for a positive future!@FCHWPO Jaylen Brown @celtics you proved her wrong! #NBA https://t.co/YzFayZZcgD

Here’s to hoping Brown doesn’t get a cavity from this incredibly sweet revenge.