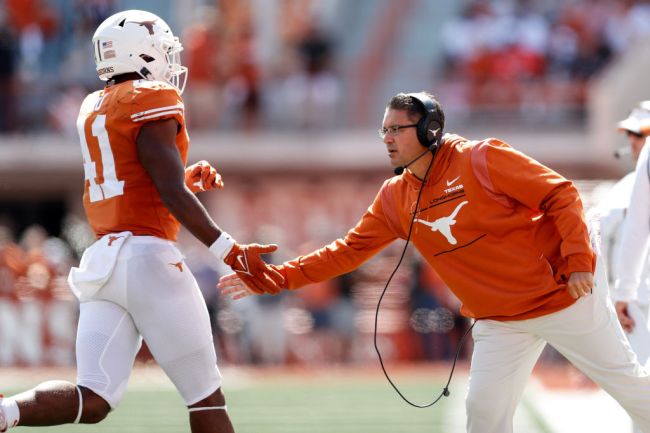 University of Texas Special Teams coordinator Jeff Banks is among the names that have been considered for Washington State football’s head coach opening. However, for him to take the job, he would have to either leave his girlfriend and her emotional support monkey behind, break up, or get rid of the monkey.

Banks, who punted at Washington State in 1996 and 1997, began his coaching career as a Graduate Assistant with the Cougars. Since then, he has risen through the ranks of college football and has quickly become one of the most sought-after minds in the sport.

Prior to becoming the first special teams coordinator to receive a $1 million salary, Banks spent time under Nick Saban at Alabama and coached at Texas A&M and UTEP. After Wazzu’s head coach was fired with cause for refusing to receive the COVID-19 vaccine earlier this month, 46-year-old Banks was considered in the mix to be the next hire.

However, recent developments would make that rather complicated.

On Halloween night, this past Sunday, Banks’ girlfriend’s emotional support monkey allegedly bit a trick or treater at their home in Austin. Yes, you read that correctly.

To make things even crazier, Banks’ girlfriend is a stripper and goes by the name ‘The Pole Assassin.’ He left his ex-wife and three kids for the adult entertainer who often performs with her monkey, Gia, on stage.

The Pole Assassin, who’s legal name is Dani Thomas, offered her side of the story on Monday night. She did not deny the incident.

If the media storm is not enough to deter Wazzu from pursuing Banks as its next head football coach, there is an interesting caveat. Should, somehow, the Cougars end up hiring Banks despite all of this, Gia would not be allowed to come with him.

“It is illegal to possess potentially dangerous wild animals, such as monkeys, bears, tigers and venomous snakes.”

Gia, of course, is a monkey. Thus, even if Washington State offered him the job, he would have one of three choices. He could either leave the monkey and The Pole Assassin behind, leave them entirely, or get rid of Gia.

The latter is not happening, so Banks would either be forced to do long distance or break up with Thomas.

It is unlikely that the Cougars will continue to pursue him while this media circus continues to unfold, but it would make things even more interesting, so whether you are a college football fan or not, cross your fingers for this story to get even crazier.