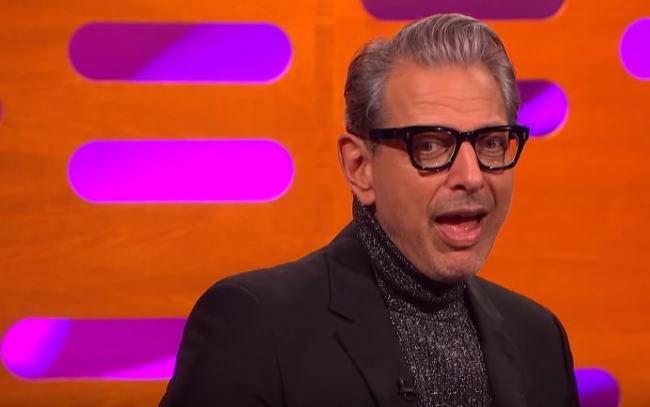 Via The Graham Norton Show

Jeff Goldblum is one of the most impersonated actors of all time. From his unique style, voice, mannerisms, and list of characters he’s played over the years, just about everyone has tried their hand at impersonating the man.

However, you’ll have a tough time finding a better impersonation than the performance Charles Greenwald posted to Twitter of Goldblumas a caddie. It’s incredibly spot-on as your mind immediately goes to Goldblum and the weird voice quirks we’ve heard while re-watching ‘Jurassic Park’ for the 87th time.

“The club manager said that the greens are fast today. It kind of looks like a jungle out there, don’t you think? The field is so lush, ooh,” Greenwald hilariously says in the video.

Would Jeff Goldblum be a good caddy? @NoLayingUp pic.twitter.com/Pv0u7QTNoL

Greenwald knocked this out of the park. Now, all we need is Goldblum actually going on a rant about golf to compare the two. Odd are that the two rants would be very similar.