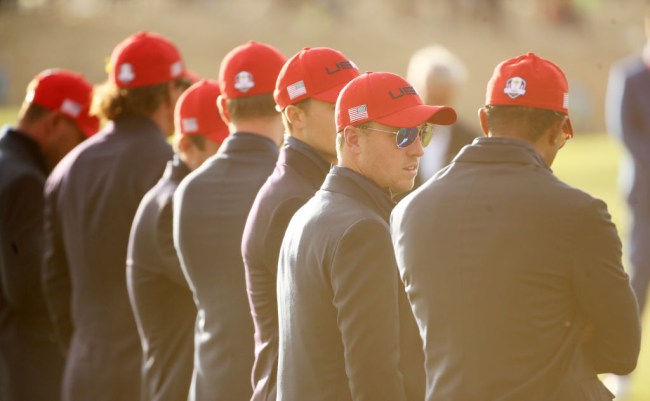 A couple of weeks ago, Team USA made the trek to France for the 2018 Ryder Cup and, well, things did not exactly go according to plan.

The Europeans got off to a blazing start and never looked back on their way to securing the trophy by a score of 17.5-10.5— which may have had something to do with the motivational video they watched before things teed off.

However, things didn’t really get interesting until after the tournament ended and the Americans imploded harder than the Death Star.

Patrick Reed sparked some major drama in the most Patrick Reed way possible after he tore into Jordan Spieth for messing with the team’s synergy— a claim that was met with a harsh rebuke from an anonymous teammate.

Reed’s mother-in-law also got in on the action by going H.A.M. on Facebook after people had the gall to criticize him for being an asshat.

It took a little while, but American captain Jim Furyk has finally chimed in to shed some light on the situation and became the latest person to confirm Reed was full of it when he explained what really happened when it came to the pairings he was so unhappy with.

“When I started looking at who [Tiger] would pair well with, I kept coming back to Patrick Reed,”

There was always the idea that we could go Tiger and [Justin Thomas], and Patrick and Jordan, but ultimately they knew going into the week, weeks in advance, they knew they would start the Ryder Cup with Patrick and Tiger being partners.”

The Reed drama was nowhere near as juicy as the reported fight between Dustin Johnson and Brooks Koepka— an altercation the latter denied ever took place.

However, Furyk blew up his spot by acknowledging the two got into it while downplaying the seriousness of the situation:

“Whatever altercation started, or what happened, it was very brief. It was very short. Neither one of them really took anything out of it.

They’re like brothers. Brothers may argue, brothers get into it. But they’re as close as they’ve ever been, and it really had no effect on either one of them.”

Why can’t we just all get along?