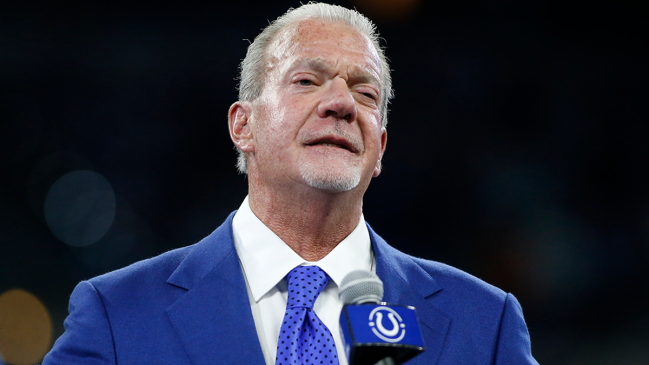 It’s safe to say the Indianapolis Colts have not seen their 2022 season pan out as they hoped heading into the current campaign; the team is currently sitting at 3-4 and recently made the decision to bench Matt Ryan in favor of Sam Ehlinger as it continues to struggle to fill the void that formed in the wake of Andrew Luck’s abrupt retirement.

That pivot was especially interesting when you consider Colts owner Jim Irsay compared Ryan’s leadership abilities to Peyton Manning’s just days before the team named its second-year backup as the starting quarterback—and even more interesting when based on the fact that Irsay admitted he personally urged head coach Frank Reich to make the switch at QB.

The Colts theoretically have some time to try to turn things around, and they continued to do some reshuffling on Tuesday—one that led to an announcement that left plenty of fans scratching their head for reasons you might not expect.

The Colts are currently in the middle of the pack as far as NFL offenses are concerned, and even though things could be worse, they could also be much better.

As a result, it’s not a huge shock that the team opted to cut ties with Marcus Brady, who’s served as the offensive coordinator in Indy he was promoted after Nick Sirianni accepted the head coaching job for the Eagles in 2021.

On Tuesday, Irsay announced Brady had been fired in a tweet where he said “I wish this good man all the best” before capping things off with a thumbs-up emoji.

This morning we relieved Marcus Brady of his duties as Offensive Coordinator. I wish this good man all the best.👍

The choice to include that final character emitted some serious Russell Wilson “Let’s Ride” Energy, and plenty of fans expressed their disbelief at his decision to deploy it considering the context.

Imagine getting fired with the thumbs up emoji? https://t.co/MGhQsTppiU

Irsay with a ‘thumb up’ for a guy they fired 🤦🏿‍♂️ https://t.co/UngHPNsYMh

Bro the thumbs up wow

Thumbs up emoji after firing someone is peak comedy https://t.co/kzFdx3z9Rm