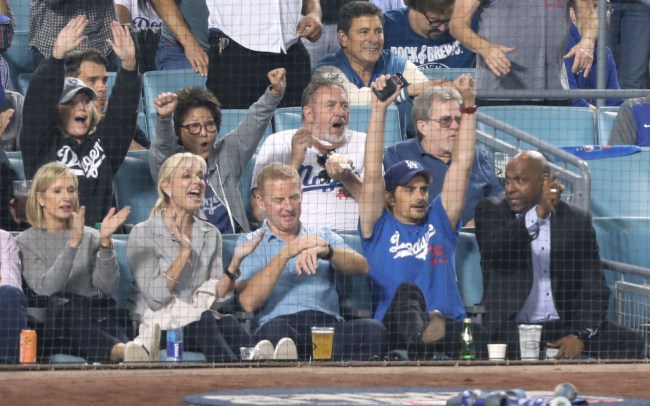 Professional sports may be the only profession on the planet where you’re lambasted for having fun in your off days if you’re not performing on company time. Imagine a video being released on Eli Manning crowd surfing at a Travis Scott concert. Actually just imagine Eli Manning at a concert. Makes me want to crawl out of my skin.

Dallas Cowboys head coach Jason Garrett seems to be having quite the time in his team’s by week, evident in him chumming it up with country singer Brad Paisley at Game 3 of the World Series over the weekend. Garrett, whose team is a lackluster 3-4 and has been under intense scrutiny in recent weeks for some questionable late-game calls, has even been the subject of a Change.org fan petition advocating for his firing. The petition summary had less than nice things to say about the Cowboys coach.

Jason Garrett has run out of reasons to be the Dallas Cowboys head coach with a shoddy overall record of 67–54 (.554) and 1-2 in the post season. He is a walking, talking, participant trophy. I’ve seen pee wee coaches with more fire and fight than him.

So you can imagine how frustrated Cowboys fans felt when they saw Garrett happy as a clam watching a game between two teams outside of Texas.

Former Cowboys head coach Jimmy Johnson strongly disagreed with Garrett’s posturing and said as much Sunday before the 1 pm slate of NFL games on Fox. Check it out below:

Jimmy Johnson on Jason Garrett attending the World Series: I know the World Series, it’s huge. But perception… I think it sends the wrong message. Not only to the fans, but to the players. At 3-4, there’s work to be done. pic.twitter.com/HhOQw3jaKo

“I know the World Series, it’s huge. But perception, I think it sends the wrong message, not only to the fans but to the players. At 3-4, there’s work to be done.”

Fans chimed in mocking Garrett’s for enjoying America’s past time while his team wallows near the bottom of the NFL East.

Hey Brad, do you have any cool plays on offense?

'Shouldn't you be back in Dallas trying to figure out how to score points?'

"Can I join you and Peyton's band? I might be available soon."

“So let me get this straight…good or bad, you just clap? That’s all it takes? Incredible.”