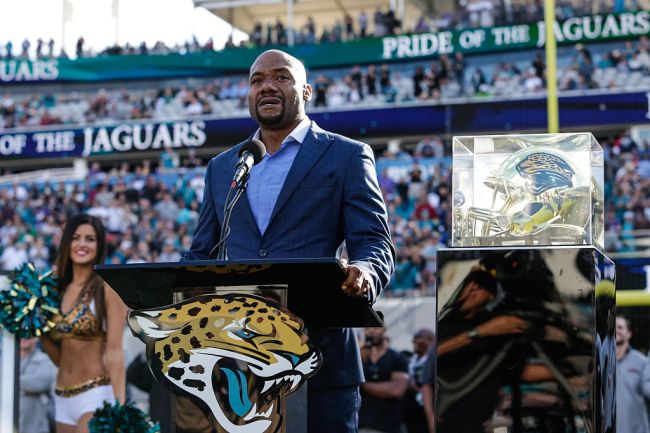 Shock, confusion, disbelief. Those were all common reactions to the news of the Jaguars’ plans to sign Tim Tebow to a one-year contract as a tight end. Another reaction, shared by a large audience on the Internet, was anger. Many were upset about the fact that Tebow was getting another shot in the league while Colin Kaepernick hasn’t been given that same opportunity.

Kapernick began to trend on Twitter after the Tebow news while guys like NFL legend Eric Dickerson and former Saints captain Junior Galette have called the situation “bulls-it” and race-related.

Jacksonville legend Jimmy Smith doesn’t see it that way, however. Smith, who spent 11 seasons with the Jags, thinks that the organization made the right decision in giving Tebow a shot. He also explained that the color of his skin has nothing to do with the situation and that signing Kaepernick would have done nothing but divide a young Jags locker room.

“It doesn’t matter whether you’re black or white,” Smith told TMZ when asked to respond to Dickerson’s claims. “What matters is that you’ve got a great example of a player in Tim Tebow. Alright? That’s the guy I want to associate with. What has Tim Tebow done to these people, besides be a competitor, be a winner? “Tim Tebow is going to be great in whatever capacity he is utilized in Jacksonville.”

“We don’t need Colin Kaepernick on our team — you know, with our young franchise, our young players — to divide our locker room,” Smith explained.

Not many people out there have expressed excitement like this when it comes to the Jags giving Tebow a shot at a position he’s never played eight years removed from the NFL. Props to Smith for offering up his honest opinion and going against the grain with this one. It’s clear that he sees this as a low-risk, high-reward situation for his former team.