J.J. Redick’s Veteran Advice To Teammate Zion Williamson: ‘Don’t F*ck This Up For Me’ 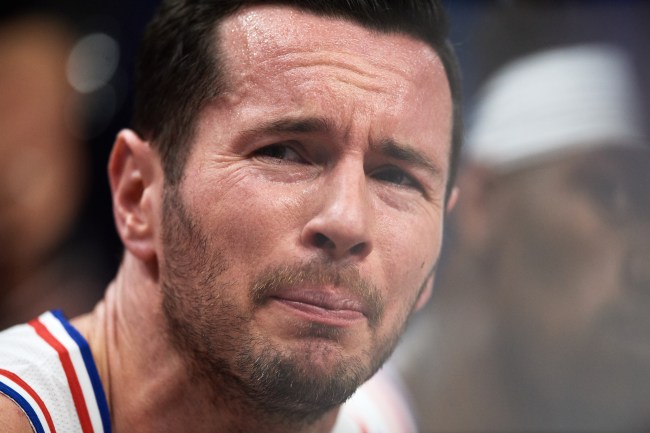 Am I the only one who woke up today not realizing that J.J. Redick has made the playoffs in each and every one of his 13 seasons in the NBA? Redick has made the postseason every year since Crash won Best Picture (2006) with four different teams–Magic, Bucks, Clippers, and 76ers.

This caused my brain to momentarily short-circuit.

Moving on. The 35-year-old guard will have his greatest challenge leading a team to the postseason yet after signing a two-year deal with a Pelicans team that boasts a starting lineup with three players 22 years old or younger in a loaded Western Conference.

Redick revealed the one piece of veteran advice he offered his 19-year-old teammate and fellow Blue Devil.

Zion: Yea. He did say that. 😂 pic.twitter.com/YSMioZ8VaI

“My first conversation — real conversation — with Zion was a couple weeks ago. We got to chat for 20 minutes or so after one of the workouts. And the last thing I said to him. I said, ‘Look, man, don’t fuck this up for me.’”

Zion confirmed this conversation happened with urine running down his leg.

Imagine starting a new job as a fresh-faced 19-year-old only for your 35-year-old co-worker to basically threaten you if you don’t carry the company on your back . I’m not sure I could even read at 19.