J.J. Watt, Brandon Dunn Have Heated Sideline Argument About Whether The Goodyear Blimp Is Flying Or Hovering 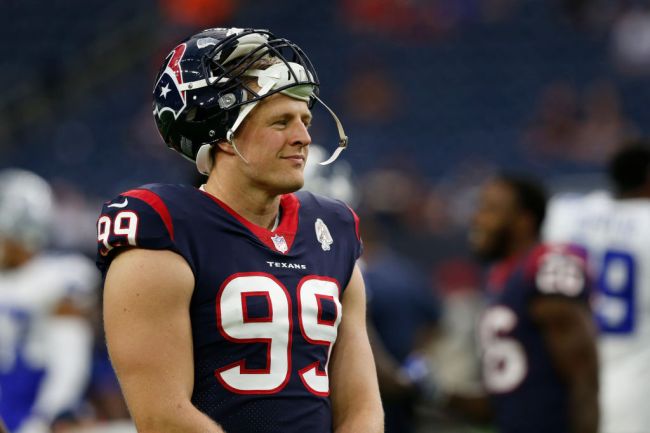 NFL Films never misses out on capturing some unique and hilarious content around the league. They’re legitimately undefeated when it comes to the content game and this latest clip is one of the many thousands they’ve been lucky enough to capture over the years.

A couple of weeks ago we were gifted with the mic’d up clip of Robby Anderson learning that the Panthers’ mascot was, in fact, not a bear. This week we have J.J. Watt getting into a rather heated debate with teammate Brandon Dunn about the Goodyear blimp.

Watt makes note of how quiet it was during the team’s game in Pittsburgh last week with no fans in the stadium so quiet, in fact, he could hear the Goodyear blimp flying over the stadium. Only the Goodyear blimp doesn’t fly, it hovers according to Dunn. This is what sparked the hilarious debate.

How is this even a debate? 😅@JJWatt | @HoustonTexans pic.twitter.com/7UiSGPUhmz

Watt was legitimately shook when Dunn, and then another teammate, said that the blimp was hovering and not flying. I think you have to side with Watt and his argument tho, hovering has to be regarded as a type of flying.

In thinking of a similar scenario, what about hummingbirds? A hummingbird is in fact a bird, and birds fly, but you wouldn’t necessarily say a hummingbird flies around, it hovers. I don’t know, that sentence I just wrote is absolutely ridiculous. Birds fly, planes fly, blimps fly or hover or do whatever the hell you want them to do, your call.