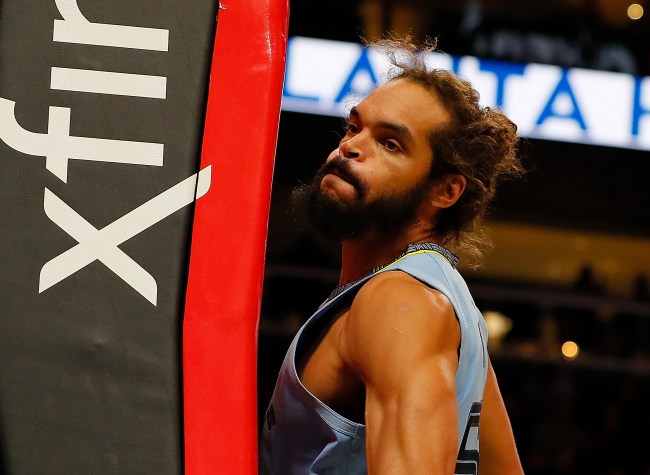 Joakim Noah has transitioned beautifully into his role as part-time professional basketball player and full-time Rastah guy. The resentment from Knicks fans stemming from Noah inking a four-year, $72 million contract and playing just 52 games (and averaging a whopping 4.6 points per game) has subsided and they can now join the rest of the NBA in viewing Noah as a lovable pariah worthy of redemption,

The 34-year-old former Defensive Player of the Year has found a new home in Memphis and is averaging his highest points-per-game totals, 6.9 ppg, since his ’14-’15 season with the Chicago Bulls. Surgeries on his left knee and right shoulder, coupled with a failed drug test that sidelined him for 20 games, had taken Noah out of the spotlight during his prime and the public forgot just how boisterous and eccentric he is to watch play.

No one has described Noah better than Grizzlies head coach J.B. Bickerstaff…

Here is him yesterday knocking down a foul line jumper (that the defense begged him to take) and acting like he hit a game-winner in Game 7.

Joakim Noah is something else man. 🤣🤣🤣 pic.twitter.com/C9jHwNdQMO

In the same game, while Noah was at the free throw line, he appears to spot someone in the crowd who gives him a tingling sensation in his loins. He then goes full Rico Suave.

What is Noah doing 😂 pic.twitter.com/wWKgB2Womh

Hopefully Joakim scored after the game to add to his 12 points during it.