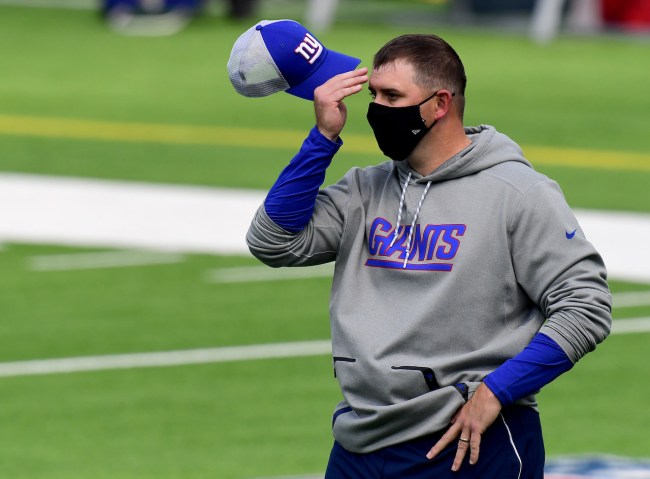 When Joe Judge was hired by the New York Giants this past offseason, every football fan pretty much scratched their head and asked the same question: “Who in the hell is Joe Judge?” As it turns out, the 38-year-old is quite accomplished, having coached under two legendary coaches in Nick Saban and Bill Belichick. So, while there’s obviously no guarantee that the first-year head coach has similar chops at those two, at least he was groomed under the same philosophies. It’d be like learning basketball from Michael Jordan or music from Mozart — it surely helps prep you for the task at hand.

Unfortunately, Judge hasn’t exactly shot out of the gate in terms of impressing Giants fans, with the team currently a paltry 1-5 and in the basement of the putrid NFC East. But, hey, Rome wasn’t built in a day, so here’s your friendly reminder to have patience with the guy.

Now back to what it was like for Joe Judge to coach under the tutelage of both Saban and Belichick — which had to be quite the experience, right? In fact, yes, it absolutely was. In addition to all the winning, which included three Super Bowl titles and two College Football National Championships, Judge found out before he was even hired how different the two coaching icons were.

Talking to NFL Films as part of a profile the network was doing on him, as well as his journey to the NFL after learning from two all-time head coaches, Judge described his interviews with both Saban and Belichick. Needless to say, the two weren’t shy in testing his mind and patience as much as his football knowledge. Take a look below at the description of the interviews from the Giants head coach.

New York Giants head coach Joe Judge describes what his job interviews with Nick Saban and Bill Belichick were like.

Saban just got up and left? And Belichick actually undressed himself? We all knew these two did things differently, but, sheesh, this is a whole different level. Just seeing Joe Judge retell the story is something, man, with the guy still a little miffed by the whole experience. Like, what the hell? Only Nick Saban and Bill Belichick can pull this off and not have it seem weird.

Then again, imagine being the two coaching legends and seeing some ambitious young coach sitting in your office, knowing he/she is just one of thousands of potential candidates who would give their left arm to be in that position. No need to beat around the bush, because, if they’re already in that chair, they know football. So now it’s time to see how they handle uncomfortable moments — like being left with some assistant staffer or seeing a future Hall of Fame coach undress — and test their mind to see the kind of person they are. Classic.

As awkward as the interviews with Saban and Belichick sound, Joe Judge obviously passed both tests with flying colors. Not only did he get a job with each, but he parlayed those experiences into an NFL head coaching gig — even if he did nearly miss that interview. Now Giants fans are just anxiously waiting to see him put some of the things he learned into motion and start winning some football games.