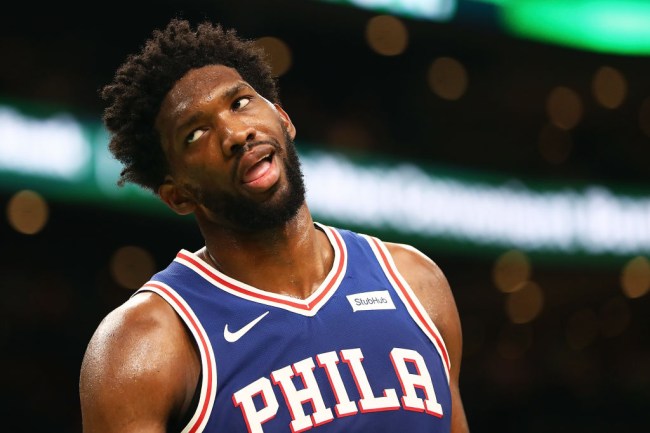 It’s been five years since former Philadelphia 76ers GM Sam Hinkie begged fans to “trust the process” and helped usher in an impressive run of mediocrity before the team finally managed to turn things around last year.

Joel Embiid has been a cornerstone of the rebuild since he was drafted by the team in 2014, and even though he was sidelined for his first two seasons due to injury, the man who dubbed himself “The Process” played a major role in helping revitalize the Sixers during the 2017-18 season.

Last night, the 76ers traveled to Boston to take on the Celtics in their season opener and, well, it’s safe to say things didn’t go exactly as planned.

It was an especially difficult loss for Embiid, who has a history of bad blood with the Celtics.

During last year’s playoffs, he dissed Aron Baynes’ man bun after the 76ers managed to win their only game of the series.

Man bun is in NBA just to get dunked on

Unfortunately, things blew up in his face after the Celtics clinched the next contest and he stormed off the court without shaking hands with his opponents.

The Celtics and the 76ers are longtime rivals, but based on comments Embiid made after last night’s contest, the rivalry might be as dead as the one in the Flipadelphia episode of It’s Always Sunny.

Joel did NOT hold back about what he thought of the Celtics-Sixers rivalry. pic.twitter.com/rkEsYYnZ2T

If you don’t have time to watch a 20-second video, here’s what he said:

This is not a rivalry. I don’t know our record against them but it’s pretty bad. They always kick our ass.

I decided to do Embiid a favor by looking up what their record actually is and it turns out “pretty bad” might be an understatement.

That is also not a great look.