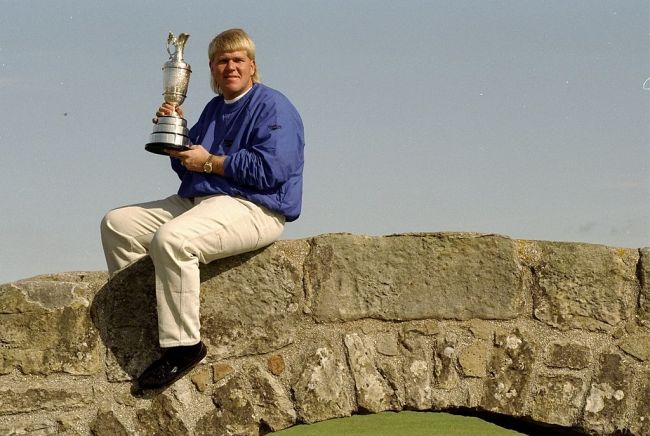 John Daly was offered five times the amount of money he actually earned by winning the 1995 Open at St. Andrews but turned down the money.

In a 2014 interview with Graham Bensinger that’s been unearthed, Daly explained that he was offered $1 million to throw The Open. He won just over $199,000 when he hoisted the Claret Jug that year.

“He says, ‘Look if you tank it, I’ll give you a million bucks,’ ” Daly recalled in the interview. Daly promptly responded by saying “Go f-ck yourself, no way. I didn’t know whether to report it to the tour or whatever, but you’re not going to convince me to do the one thing or the other,” he continued. “Golf [has] too much integrity involved.”

Daly won The Open in ’95 after holding off Costantino Rocca in a playoff. The win marked his second and final major victory of his career, which followed his out of nowhere win at the 1991 PGA Championship.

The legendary golfer has a very well-known gambling history. Back in 2016, Daly told the Washington Post, that he had lost about $98 million and won about $45 million gambling.

“After Daly first revealed in 2014 that he had lost an estimated $55 million between the years of 1991 and 2007, he told Golf Channel he’s no longer playing for such high stakes.

Daly said he used to regularly take up entire blackjack tables, where he’d play seven hands at a time for up to $15,000 each. Daly also said one of his biggest temptations were the high-stake slots, some of which used to cost him $5,000 per pull.

In September of 2020, Daly revealed that he had been diagnosed with bladder cancer. He explained that he had undergone surgery to remove the cancer but said there was an 85% chance it could return.