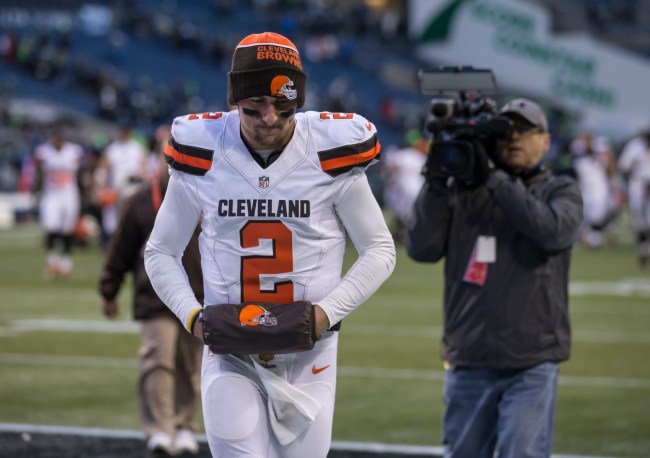 One of the worst feelings a son or daughter can experience is the disappointment of parents. It cuts deeper than anger, robs you of your defense mechanisms, and wades through emotion to reveal truths buried too deep under layers of ego for you to examine voluntarily.

A parent’s disappointment is such a powerful force that for a guy like Johnny Manziel–whose demons were put on display daily for millions to cast judgement–one emotional interaction with his mother was the wake up call.

In an interview with ESPN’s Scott Van Pelt, Manziel was super candid and self-reflective on his struggles and how seeing his mother broken gave him strength to overcome the substance and alcohol abuse issues that have plagued him and sabotaged his career to date.

“I got so low to the point where I questioned what I was doing and if my life was probably really worth living to a point anymore and got really down and really had to sit and reflect and look on what I was doing every day,” Manziel said Wednesday during an interview with ESPN’s Scott Van Pelt.

“My mom came to me one day and asked me — she didn’t really ask, she was just in tears — ‘What are you doing with your life? Why do I have to go around and get this secondhand of words and conversations of the negative things you’re doing around the world that’s coming back to me?’

“And I saw how bad that it broke her heart, and it sucked. And it really hit home.”

The public was starting to lose hope on a Johnny Football resurgence, but with rumors swirling of possible interest from NFL teams (here and here) and Manziel slinging bombs at Texas A&M’s pro day, we may be on the cusp of a comeback that was incomprehensible just months ago.

How fucking powerful would that be.