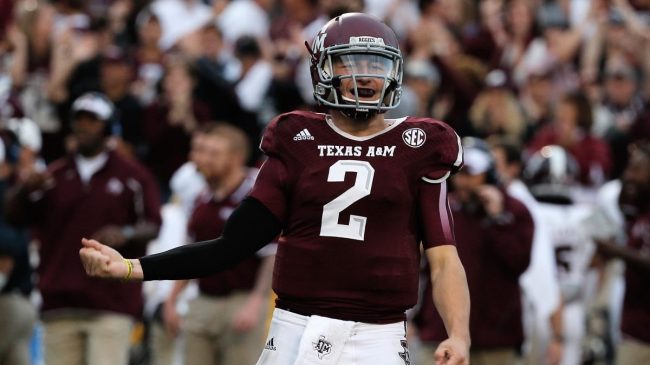 The two-part series brought college football fans to tears. and led to Te’o himself making some startling revelations. Even Los Angeles Lakers superstar LeBron James had his say on the story.

The strange-but-true documentary had college football fans clamoring for more.  With one former Heisman Trophy winner in mind.

Apparently Netflix has been paying attention to the people, because it looks they may be getting what they asked for.

The streaming serviced teased filming for a Johnny Manziel documentary on Friday morning in response to tweets calling for just that.

The former Texas A&M quarterback took the college football world by storm in 2012 on his way to becoming the first ever freshman Heisman Trophy winner.  Two years last the Cleveland Browns took Manziel with the the 22nd pick of the 2014.

Manziel struggled early and often in Cleveland. He lasted just two years in the NFL, throwing seven touchdowns and seven interceptions before being released due to off-field controversies.

The man once-dubbed Johnny Football entered a treatment program in February of 2015 for unspecified reasons. He was then pulled over in October of that year while fighting with his then girlfriend.

The former star was eventually dropped by his marketing agency in 2016. Police opened an investigation into Manziel one month later over allegations of domestic violence against his ex-girlfriend.

Manziel has bounced around the football world since leaving the NFL. He played a short stint in the CFL that was largely unsuccessful. He’s since found a home in the fan-controlled football league.

The people deserve a Mazniel documentary. And Netflix looks ready to give the people what they deserve.