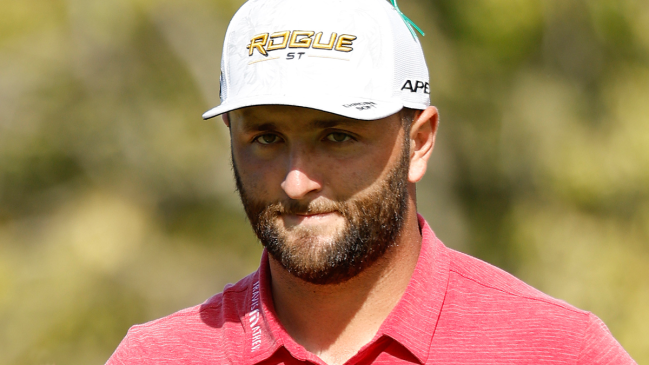 LIV Golf capped off August by adding 2022 Players Championship and British Open winner Cameron Smith to a roster that’s welcomed plenty of former PGA Tour players into the fold over the past year. It also pulled off a bit of a heist when it secured the talents of one of the most promising competitors on the college golf circuit, but the past couple of weeks have been fairly quiet on the acquisition front aside from that.

The upstart league has still managed to make headlines after giving its golfers the greenlight to wear shorts during a tournament and reportedly getting blacklisted by Apple TV as it continues its search for a high-profile broadcast partner. However, those stories didn’t generate the kind of drama we’ve come to expect when LIV is able to convince a high-profile player to make the leap with the help of the massive bags of cash it’s been relying on to sway them.

With that said, there are still plenty of conversations going on behind the scenes, and the rumor mill is still firing on all cylinders when it comes to fueling speculation about which PGA Tour members could be the next to change sides.

On Tuesday, @LIVTracker—a Twitter account with less than 500 followers run by a self-proclaimed “LIV Golf Insider”—attempted to make some waves by asserting 2021 U.S. Open winner Jon Rahm (whose named they spelled incorrectly) was poised to become the newest defector while proclaiming the “PGA Tour is on the ropes.” 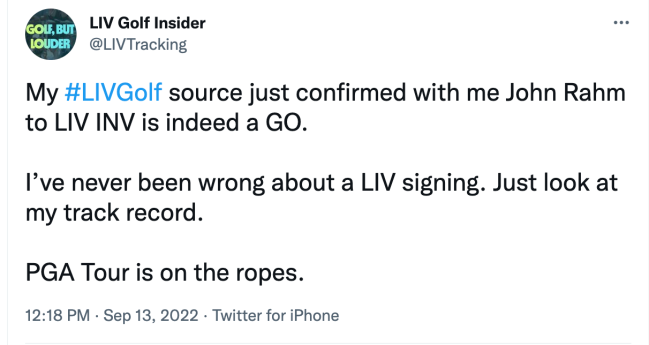 An astute reader may have noticed I chose to include a screenshot of the tweet in question as opposed to embedding it, which I did with the hopes of preserving it for posterity based on the chance it will be deleted courtesy of what transpired once it came to the attention of the man himself.

On Wednesday, the Spaniard responded to that claim and decidedly rebuked the rumor while thanking the poster for giving him some clout he can use to rise up the PGA Tour’s “Player Impact Program” rankings.

I must inform you that you have started a losing streak because you and your source are wrong. I want to thank you for the lift in the PIP 😂 https://t.co/oaejFoXYrz

It’s worth noting there have been multiple golfers who’ve denied they have any interest in LIV before ultimately changing their tune. As a result, there’s a chance Rahm could end up swapping allegiances at some point in the future, but he seems pretty content with his current situation.